The Cardinal Ritter Volleyball program had a clean sweep of the Heritage Christian Eagles on Thursday night.  The team really fed off of the excited and enthusiastic student section in a fun night for the entire Raider Nation. 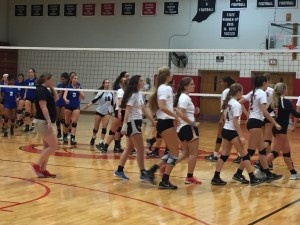 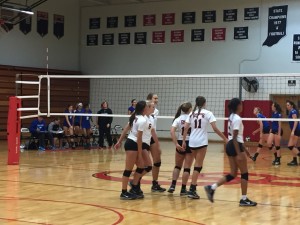 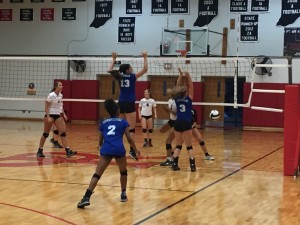 The varsity volleyball team dominated Heritage Christian in three sets.  After the Raiders took the first set 25-16 the Eagles bounced back in set 2 jumping out to a 6 point lead. However, with some help from the fans, especially the “red sea”, CRHS rallied back winning the set 25-22. After the comeback win and set 2 the Raiders never looked back winning the third set 25-8.

Angelique Allen lead the Raiders offensively with 11 kills while Maria Emmick had 8 kills. Jenna Purichia lead the Raiders defensively and from the service lead with 16 digs and 4 aces. At the net Becca Collester, Evie Diagostino, and Maria Emmick all had 2 blocks. The Raiders will play in the Zionsville Invite this Saturday starting at 9:30. 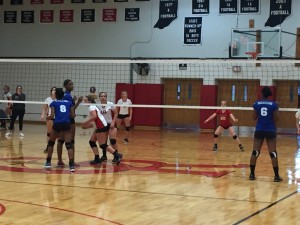 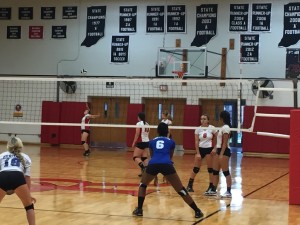 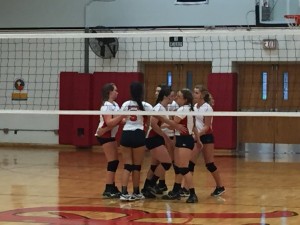 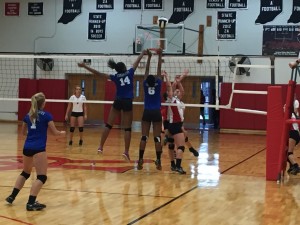 The Lady Raiders play again at home on Tuesday, September 13th at home against Conference foe, Scecina.  The Freshman team will play in the Zionsville tournament Saturday at 9:30.