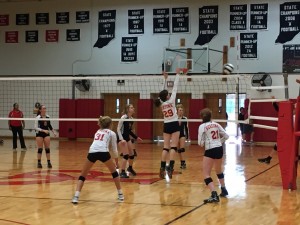 The freshman team led the way defeating Scecina in 2 straight sets. Amy Price, Linsey Waggoner and Megan Van Gheem each had 9 digs to lead the team. 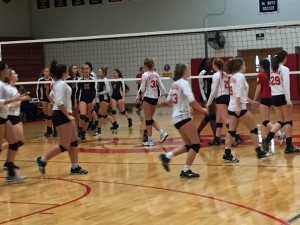 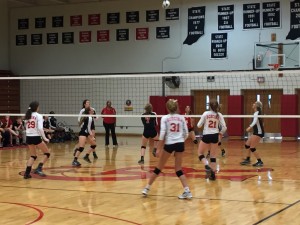 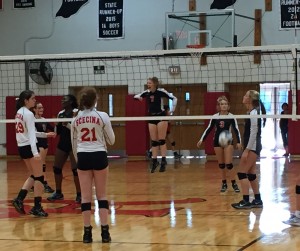 The varsity team finished off the night trouncing the Crusaders 25-12,25-15,and 25-20. This was a great conference win for the Raiders, seeing as both teams were undefeated in the ICC going into the match.

On offense the Raiders were led by Maria Emmick with 19 kills. Callie Waites effectively ran the offense tonight earning 42 assists. Defensively the Raiders racked up 52 digs as a team. Jenna Purichia had 17 digs and Katie Gillig had 8. Evie Diagostino had 3 blocks for the match. 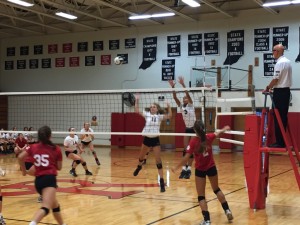 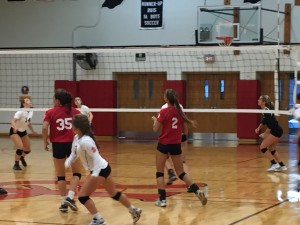 The Raiders are back in action again at home on Thursday against Lebanon with JV starting at 6 PM. 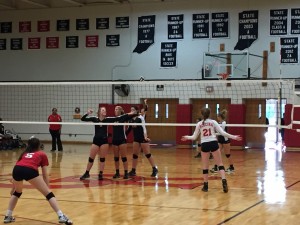