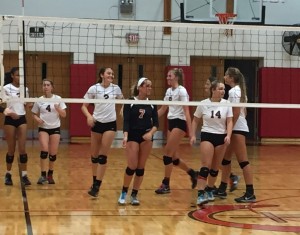 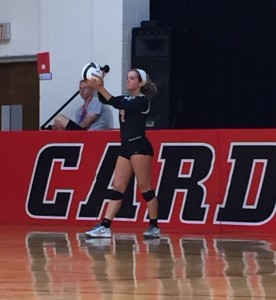 In a heated 7 p.m. match last night at the Cardinal Ritter gym, The Lady Raiders took down #2 ranked Covenant Christian in four sets, winning 3-1 (25-19, 22-25, 25-23, 25-14). The Raiders took the first set against tough competition, fighting for a lead early on to set the pace. A determined Warriors squad fought back to keep the score tied at one set apiece. After a short break in between sets, The Raiders pulled it back together with even more energy and intensity to win the third set and easily maintain momentum into the fourth set, claiming victory. 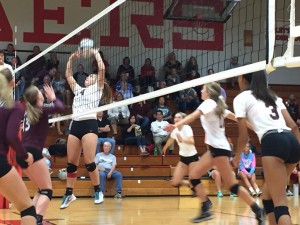 The win improves the varsity record for the Cardinal Ritter squad to 13-3 (4-0), while Covenant Christian falls to 21-3 on the season. 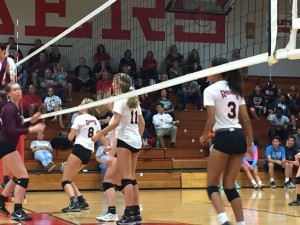 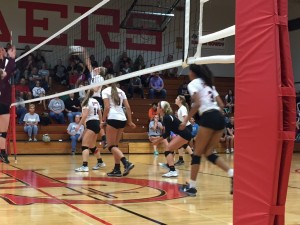 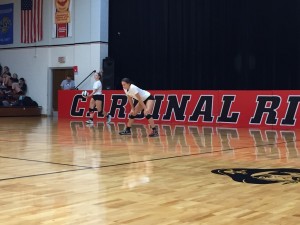 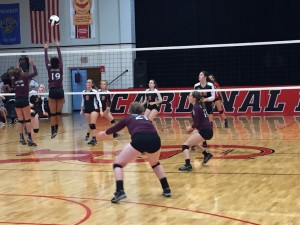 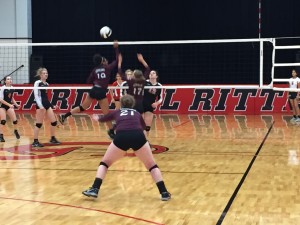 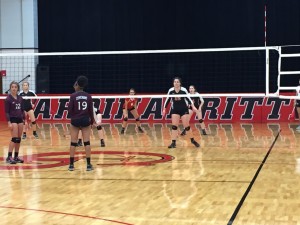 The freshman volleyball team also defeated Covenant Christian in two straight sets 25-23 and 25-11.  Chloe Olejnik led the Raiders with 5 kills. Megan Van Gheem led the team with 15 digs and 13 assists. Olivia Dininger was a perfect 15 for 15 from the service line with 5 aces.

The Lady Raiders return to action against Brownsburg on Wednesday for a 7 p.m. tip at the Cardinal Ritter gym.