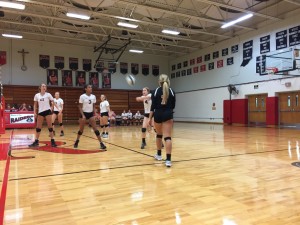 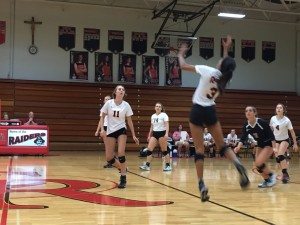 On Tuesday, October 4th, the Lady Raiders varsity and junior varsity volleyball squads took on Scecina in the first round of the city tournament. Both teams won in straight sets. 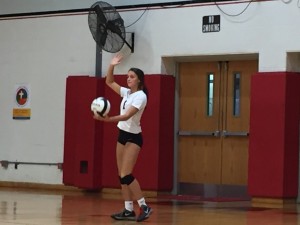 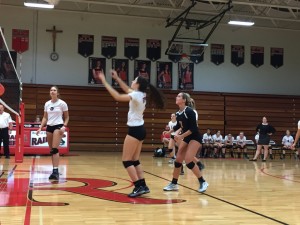 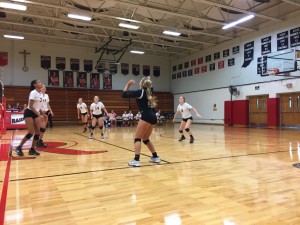 In the early match, the junior varsity team won its first game, 25-22. With all the momentum gained from winning a close first set, the team looked to capitalize in the second game of the match. Early expectations did not turn into reality, however, as the squad soon fell behind by a 16-6 tally. 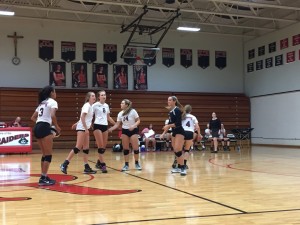 After a much needed timeout, the girls were back on the court with renewed energy and attitude, rattling off a lengthy serving streak led by Danielle Metangmo. After a brief loss of serve, the girls quickly recovered and won the point back, making way for a strong serving series by Taylor Faulkenburg. An early deficit was quickly erased, leading to a 25-19 win for the Raiders. 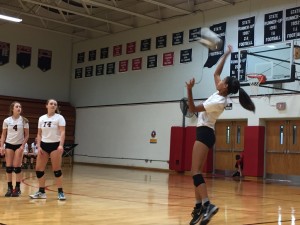 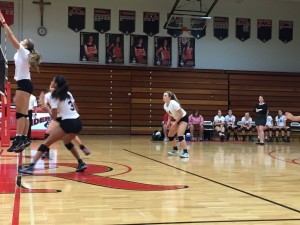 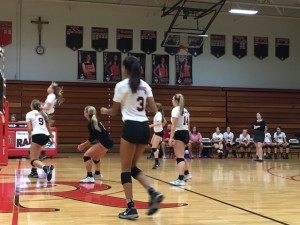 While the junior varsity game was defined by swings of momentum, mostly in the second set, the varsity game was most competitive at the start. The varsity squad had their closest game in the first set, pulling out a hard fought 25-20 score. After claiming the first set, the intensity was not lost. The girls came in with high energy and won the second set at a wider margin, 25-15. The third set completed the sweep of Scecina, securing a 25-11 score to claim victory. Evie Diagostino led the 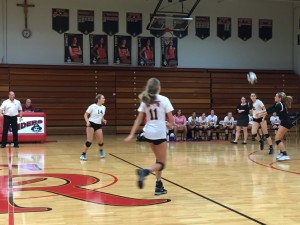 The following day the Raiders took on the Bishop Chatard Trojans at Chatard.  The JV team lost in 2 sets and the Varsity team lost in 3.  Both teams play again on Tuesday at Triton Central for the Indiana Crossroads Conference title.