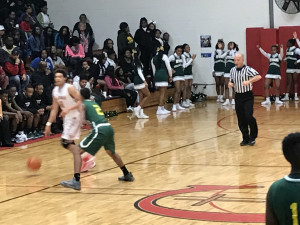 The Cardinal Ritter boys basketball team fell to the Crispus Attucks Tigers on Friday, December 9th,  by the final score of 60-53.  The Raiders and Tigers played a back and forth game that saw 7 lead changes and 6 ties on the night.

The Raiders trailed at the end of the first 16-10, but used a strong defensive performance to enter halftime tied at 23-23.  Cardinal Ritter took control of the game halfway through the 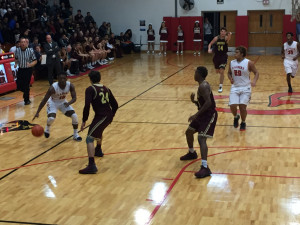 third, building a 6 point lead before the Tigers stormed back to tie the game at 35 to start the fourth period.  The Raiders scored the first basket of the fourth, but Attucks responded with an 11-3 run halfway through the period to seal the deal.  The Raiders fought back to bring the game within 5, but the Tigers went 11-12 from the free throw line to prevent the Raiders comeback effort.

Junior Shelby Turner paved the way for The 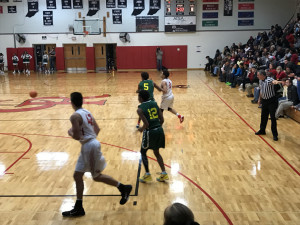 Cardinal Ritter offense, making 86% (6-for-7) of shots attempted and finishing with 18 points on the night.  Turner also added 6 rebounds and 4 assist on the night.  Two other players also scored in the double digits for the Raiders.  Senior Bobby Bell provided a spark off the bench finishing with12 points on the night, and Sophomore Nate Soltis contributed 10 points. Also chipping in for the Raiders were Senior Anthony Dumes (5 points, 6 rebounds), Junior Brad Bacon (4 points), 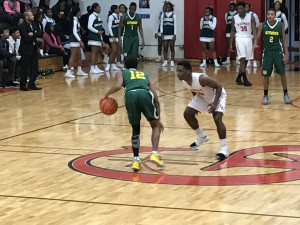 The JV Raiders jumped out to a 13-2 lead, and used that hot start to beat Crispus Attucks by the final of 65-48.  After jumping out to a 13-2 lead after the first period, Attucks stormed back to cut the Ritter lead to 28-24 at the half.  The JV Raiders used halftime to regain their focus, and put The Tigers away early in the 3rd.  Sophomore Dan Bayler led 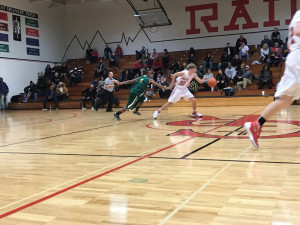 the JV squad with 15 points, and Sophomores Marlon Anderson, and Joey Gruber added 10 points.  This win kept the JV team undefeated on the season! 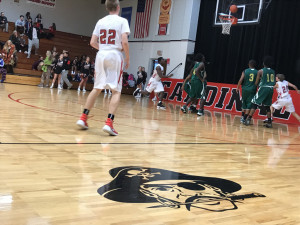