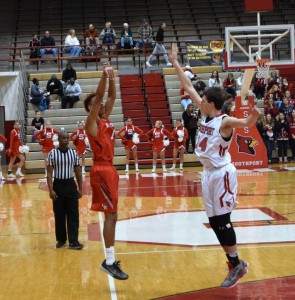 In a great showing, junior Shelby Turner scored 18 points, but this was not enough as the Cardinal Ritter varsity basketball team fell to the Southport Cardinal 54-53. Southport hit a free throw with 27 seconds left in the game to give the Cardinals the win.

The Raiders got off to a slow start trailing at the end of the first period 16-9, but a 11-3 run helped spark the Raiders in the 2nd.   The Raiders used that run to build a halftime lead of 27-24.  Cardinal Ritter was able to maintain a lead in a fast paced 3rd quarter that saw 33 combined points from the Cardinals and 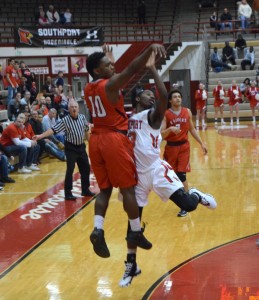 Raiders.  Southport was able to build a lead in the 4th before the Raiders stormed back to tie the game late in the final period.  With a tie game with less than minute left in the 4th, the Raiders got called for a questionable foul that sent Cardinals Freshman Brevin Jefferson to the line.  Jefferson was able to connect on 1-2 to give Southport the edge.  The Raiders had 2 looks late in the game to get the win, but were unable to connect. 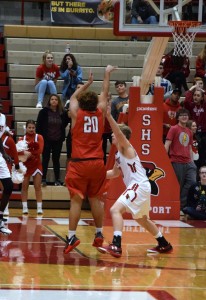 The JV Raiders picked up an impressive 71-59 win over Southport on the strength of Sophomore Joey Gruber’s hot hand.  After a slow start the Raiders defense came alive in the 2nd period to cut the Southport lead from 10 to 5 at halftime.  From there Gruber took off making shot after shot finishing with 27 points on the night. 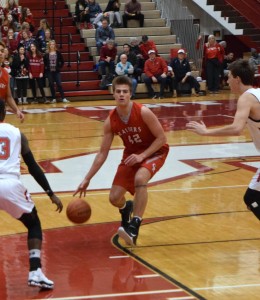 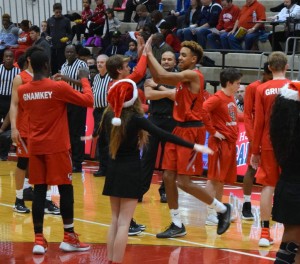