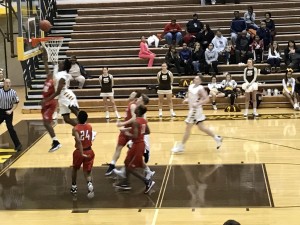 The Cardinal Ritter boys basketball team defeated the rival Speedway Sparkplugs 72-50 on Friday, December 30th, to earn their first Indiana Crossroads Conference victory.  The Raiders and Sparkplugs both started off the game hot on the offensive end.  The Raiders knocked down four three point field goals in the first, while the Sparkplugs were able to convert on several shots near the rim.  The quarter ended with the Raiders leading 20-18.  From there the Raiders Defense locked in, and was able to slow down the Sparkplug attack holding Speedway to just eight points in the 2nd period.  The Raiders made the most out of Speedway’s missed opportunities to build a 40-26 lead going into halftime. 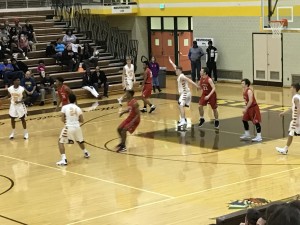 Sophomore Nate Soltis was big in the third period scoring ten of his team high 20 points in the 3rd.  Soltis also contributed three rebounds, two steals and one block on the night. Senior Anthony Dumes knocked down three three-pointers early in the game to swing the momentum to finish with 15 points total. Junior Miles Tracy also was in double figures for the Raiders with 12 points.   Tracy was a big defensive contributor as well, racking up 10 rebounds, one steal and four blocks for his second double double of the season. 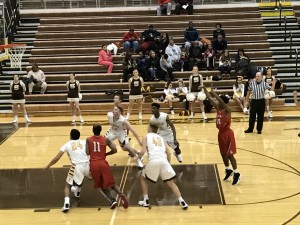 The JV team was able to improve to 7-0 on the season beating Speedway 66-49.  Sophomore Dan Bayler led JV with 16 points, and juniors Kyle Price (15 points), and Eric Krumm (11 points) were also in double figures. 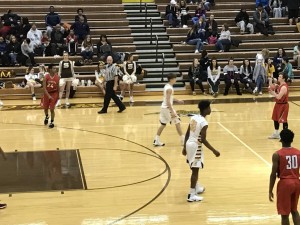 The freshman team kicked off the triple headed with the Sparkplugs with a 39-21 victory.  Ladarryl Woods led the freshman with 13 points, and the highlight of the night when he connected on a full court shot to end the first period.