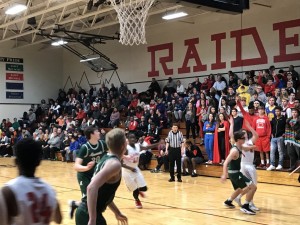 The Cardinal Ritter Raiders boys basketball team defeated the Monrovia Bulldogs 79-56 on Friday night.  The Raiders held their first ever “Silent Night Game”, where fans sit in silence until Cardinal Ritter scored 10 points, and from that point it was mayhem!  “We have the best student section in the state”, said Raiders Coach Ron Moore.  “We had not had a home game in a while so I thought this could be a good idea to get our fans 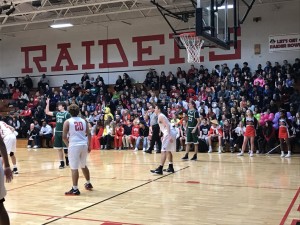 engaged, they took it way beyond I could ever imagine!”   The energy in the gym was palpable as the Raider Nation awaited that tenth point.
The Raiders did not make the fans wait long, jumping out to 10-5 lead within the first 3 minutes of the game.  When the tenth point was made the fans went bonkers.  It was so loud the gym roof was about to blow off. 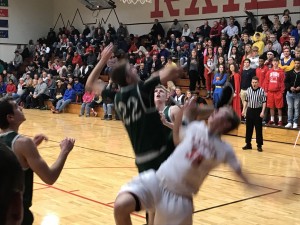 The momentum helped guide the Raiders to a 31-11 lead after the first period.  The Raiders Offense was on target all night connecting on 50% (30 for 60) of their field goals, including ten three-pointers. The Raiders defense was all over the place forcing the Bulldogs into 19 turnovers that led to 29 points for Cardinal Ritter.
Sophomore Nate Soltis sparked the Raiders 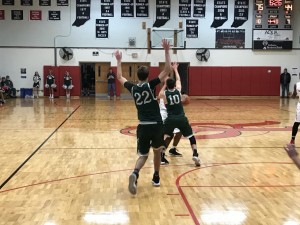 The JV team improved to 8-0 with their 67-24 victory over the Bulldogs.  Dan Bayler continued to fuel the offensive attack leading the Raiders with 13 points. Brice Buels also reached double figures finishing with 11.
The basketball team would like to thank the parents, student section, band, and cheerleaders for creating such an amazing atmosphere!  Anyone who had the distinct 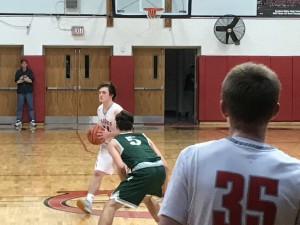 honor of being in the gym Friday night were rewarded by seeing what it is to truly be a Cardinal Ritter Raider!!!
Click on any of the (IMGs) at the bottom of the page to see short videos of the game!!! 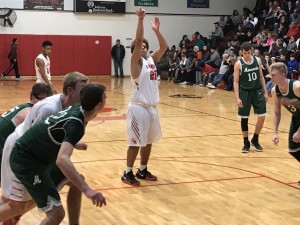 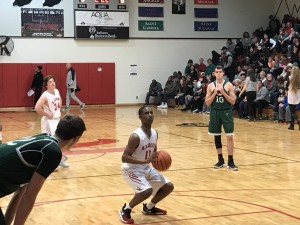 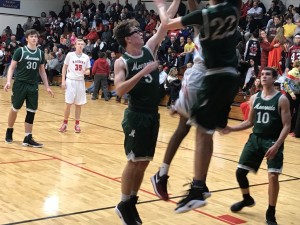