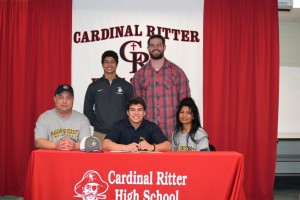 Trevor Browder took the next step in continuing his football career this past week as he signed with Marian University.  Browder was a top player for the Raiders during his career and will follow in the footsteps of former Raiders Jalen Morales-Chandler and Josh Majors who also have suited up for the Knights. 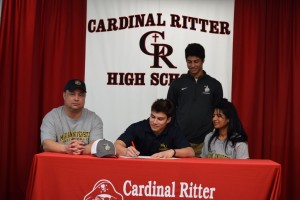 defensive back, was joined by his mother Angie and father Tim for this special day.  Browder achieved many individual achievements on his way to helping the team win the 2016 IHSAA State Title.  Some of the top honors he earned were 1st Team 2A All-State , IFCA 2A All-State and All-City.

Coach Henninger (Marian Head Coach) is excited to see him come to Marian next year.  He has stated that Trevor is a hard worker and is a versatile football player. 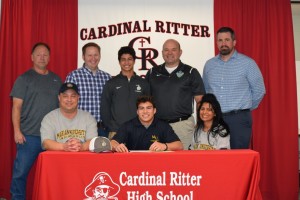 After Browder signed, he was joined by his teammates and friends for photo opportunities.  Below are the photos.

Congratulation Trevor for working hard and making your goal of playing football in college a reality! 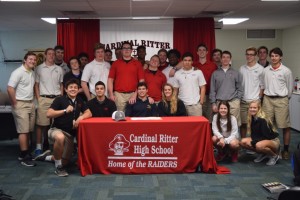 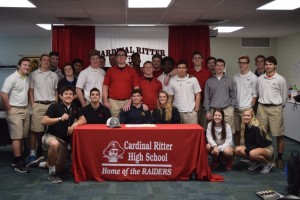 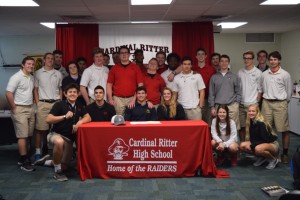 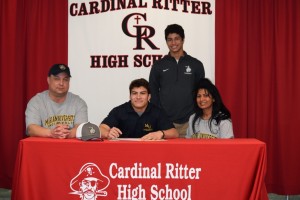 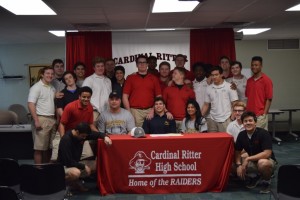 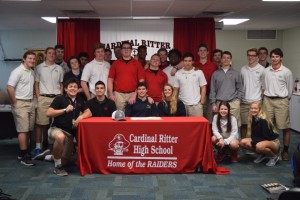