Former Cardinal Ritter football, wrestling and baseball standout Dylan Faulkenberg made it to the NCAA Division II finals in the 285 pound class for wrestling this past Saturday.  Faulkenberg is in his redshirt sophomore season and will already appear in his second National Qualifier in as many years.  His record this year is 27-9 and is ranked #9 in the nation. 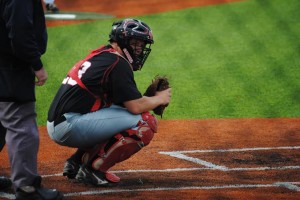 Dylan is the Raiders career record holder for wrestling in pins (28), wins (46) and season record when in 2013 he went 46-1 and went to the IHSAA Finals.  In addition to his wrestling milestones, Faulkenberg was also the starting catcher on the baseball team that went to the Semi-State (2014), and a key member of the football team that won the IHSAA State Championship in 2013. 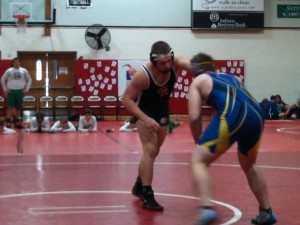 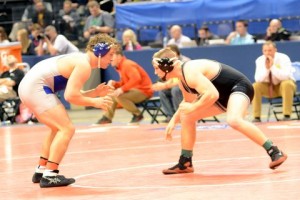 The Nationals will be held at Crossplex-Harris Arena in Birmingham Alabama March 10 and 11 and wrestling begins at 11 AM on Saturday. Check out the article on UIndy’s website here http://athletics.uindy.edu/news/2017/2/25/-19-undy-wrestling-wins-super-region-2-championship.aspx

You can follow Faulkenberg’s journey through the Finals at http://s200.trackwrestling.com/tw/predefinedtournaments/MainFrame.jsp?newSession=false&sport=wrestling&TIM=1488308496261&pageName=&ie=false&frameSize=760 . 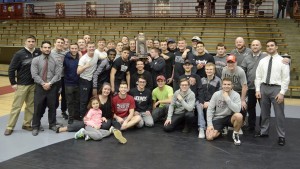