Avery Hall ran for 2,016 yards and 23 touchdowns this past season. Avery was selected as a Top 50 Players for the state of Indiana. He was also chosen and recognized by the Indianapolis Star as a member of the “Super Team”. He helped turn a 1 – 4 start into a championship season. The Raiders finished the season on a ten win game streak capturing the 2A State Championship. Avery would be the first to admit that he could not have done it without the help of his teammates. He truly understands that those who believe will find the strength to finish. His desire and dedication to work through the adversity of a 15 game season was profound. He and his teammates found the strength to prove that they were champions on and off the field. We started the year remembering that Cardinal Joseph Ritter had a desire for us to be CHAMPIONS IN LIFE. We continue to work towards that goal.

Congratulations goes out to Avery and his teammates for the recognition of being selected to the IFCA (Indiana Football Coaches Association) South All Star Team. The all star game will be played July 14th 2017 at North Central High School. The following Indianapolis Star link provides a list of the players who were selected throughout the state of Indiana to participate in the all star game. 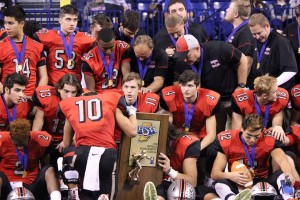 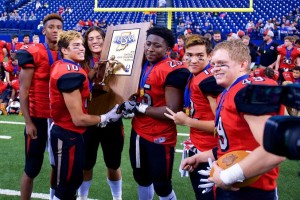