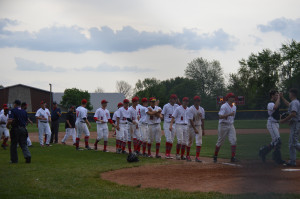 The Cardinal Ritter baseball team beat the rival Speedway Spark Plugs on senior night this past Wednesday.  The offense struggled to score a run in the first but scored 5 in the second, 7 in the 3rd and 2 in the 4th to come away with a 14-2 win in a mercy rule shortened 5 inning game.  Before the game seniors Blake “Hot Mustard” Malatestinic, Brian “Nails” Bacon, Alex “The Sticky Bandit” Vela, Autry “Galloping” Gaynor and Brian “Wild Man” Eisele were honored for all of their 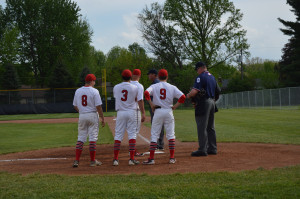 hard work and dedication they have shown over their years for the Cardinal Ritter baseball program.

Malatestinic came out strong in the first shooting darts and dominating both sides of the plate with his fastball that was coming in at a red hot 88-91 MPH.  He came in with the attitude that he was going to announce his presence with authority early against the 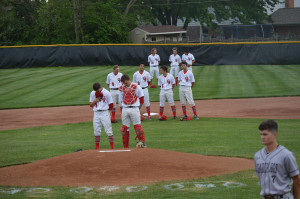 Raiders rivals and came away with the “W.”  After a big lead was built, he put his pitching on cruise control and let the Raiders defense do the work for him.  Henry “Napalm” Woodcock came in to get work on the mound for the bottom of the 5th.

At the plate the Raiders began to look the team they have been working to be with the philosophy of taking pitches, getting deep into 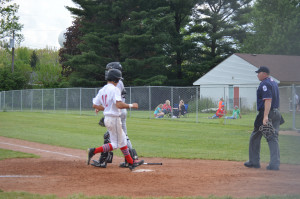 counts and hitting a pitch they liked.  The teams patience and confidence in hitting with two strikes, led to 12 hits, 6 walks and only striking out 2 times.  Leading the offense was Vela who went 2-2 with 2 RBI and a double.  Ben “The Jet” Egenolf, Luke “The Laser” Shearer and Gaynor also went 2-2 each with at least 1 RBI.  Jake “The Snake” Kluemper began to find his stroke going 1-3 with 2 RBI. 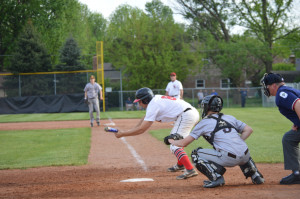 With the offense rolling to an early lead, some fresh faces made appearances on the field  including JV stars LeRon Fleming, Damien Wallace, Grant “Le Gran” Eifert, Bryce Giebel and Ben McCall.  Geibel, Fleming, and Eifert all had hits on the day.

In one of the highlights of the game, Eisele got an opportunity to swing the bat at the plate.  After falling down 2 strikes, he laced a line dr 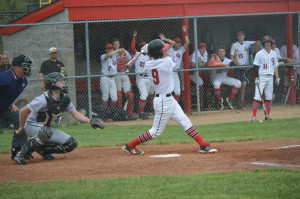 ive into left field for his first hit of the season.  His enthusiasm he has shown throughout the year earned him his opportunity and as he stood on first after his accomplishment, smile from ear to ear, he lifted his hand up, and threw up the Raider “hook” sign to the roar of his teammates and fans. 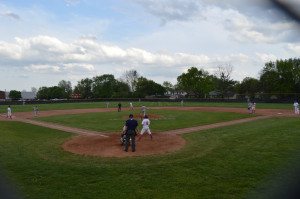 lassic at Covenant Christian High School.  Their first opponent is Danville and is scheduled for a 12:30 start. 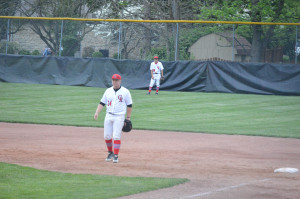 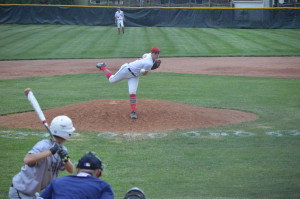 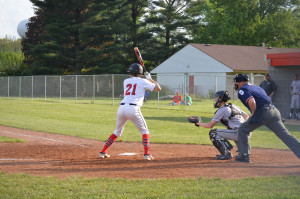 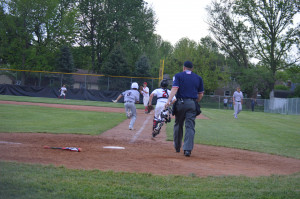 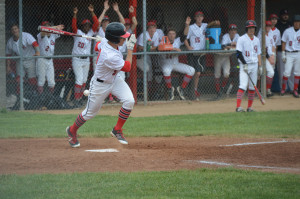 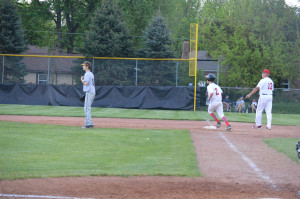 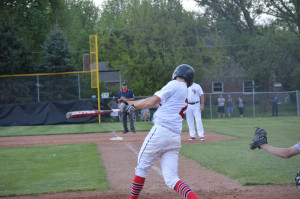