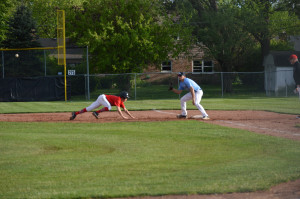 he Cardinal Ritter baseball team beat Perry Meridian on Tuesday, 9-4 to extend their winning streak to 9 games while increasing their record to 13-1.  The Raiders offense came out slow for their standards but continued to put up runs in every inning but one.  The offense was great against their opponent hitting safely 11 times and drawing 7 walks.  The defense was led by Alex “The 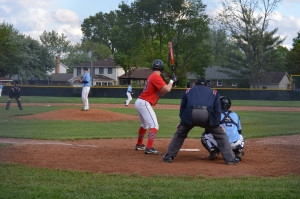 Sticky Bandit” Vela who made a couple of jaw dropping web gems that would have made ESPN’s top 10.

Luke “The Laser” Shearer earned the win in his first start in over a week.  Shearer looked rusty at times but still managed to strike out 6 while only walking 1.  Ben “The Jet” Egenolf was excited as he came in to throw in the 7th throwing bullets and snapping off an i 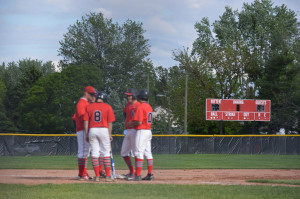 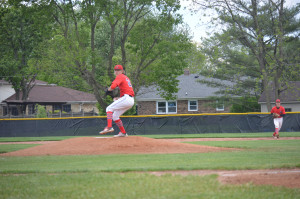 he left center fence and worked his way to second for a double.  Brian “Nails” Bacon went 1-2 with an RBI and again looked like his vintage self.  Vela was 1-3 but both outs were line drive shots that took great plays to get him out.

The JV Silver team was also in action as they defeated Park Tudor 20-8 in 6 innings. A great outing by Gus Esterline allowed the Raiders to m 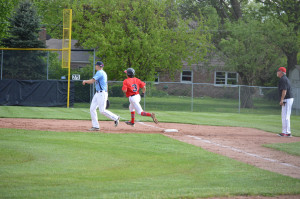 aintain a lead throughout the entire game.  Ben McCall cracked a double driving in 2 runs early in the game and Reid Swails was stellar at the plate putting together quality at bats all game.

The Raiders are back in action Wednesday for the City Alliance Quarterfinals against Covenant Christian High School.  Game time is scheduled for a 5:00 start.  With this being a ci 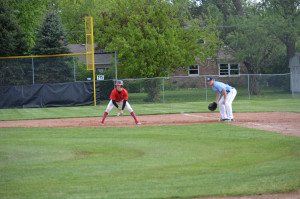 ty tournament game all adult are $5 and students are $3 with no passes being allowed. 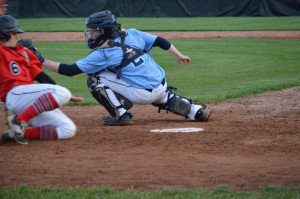 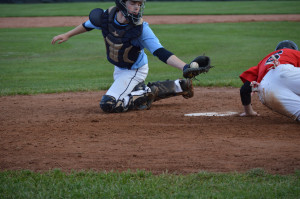