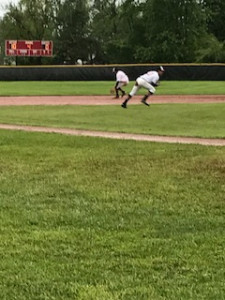 he Cardinal Ritter baseball team defeated west side foes Covenant Christian 10-0 on a soaked Wednesday night.  The rain never stopped throughout the game, but that didn’t stop the streaking Raiders as they improved to 10 straight wins and 14-1 overall.  The Raiders were led by Brian “Nails” Bacon who took the bump for the City Alliance Quarterfinals.  Bacon threw a complete game one-hitter, striking out 5 and walking 1.  In Bacon’s last three starts, he has only given up 2 base hits and a no-hitter and has dropped his already low ERA to 0.72.

The Raiders offense stayed patient and hit the ball around the field amassing 8 hits and 6 walks while getting hit-by-pitch twice.  Leading the offense were Autry “Galloping” Gaynor who went 2-3 and Jake “The Snake” Kluemper who went 2-2.  Ben “The Jet” Egenolf had some great at- 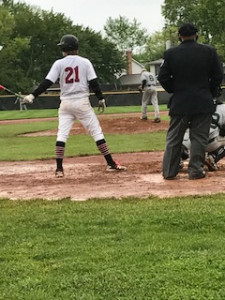 bats and went 1-3 on the day with 2 RBI.  Kyle “Kay Pee-Zee” Price was 1-1 with a double on the day, reaching base every at-bat and scoring 3 times.  Alex “The Sticky Bandit” Vela had a base hit and was a terror on the bases, swiping a couple of bags again.  Blake “Hot Mustard” Malatestinic was 1-2 with an RBI as well.

The Raiders offense was great as usual, even with the inclement weather making routine plays and not having an error on the game.

The Raiders play again Friday in the City Tournament Semi-Finals as they take on #5 ranked Heritage Christian.  The game is scheduled for a home contest at 5:00 PM with ticket prices being $5 for adu 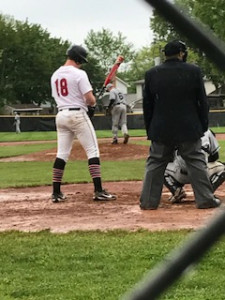 lts and $3 for students.  With the inclement weather, the game could be moved to another venue, or date so stay tuned.

Also, remember to vote for Alex Vela for BSN Player of the Week by going on twitter at @1070thefan !