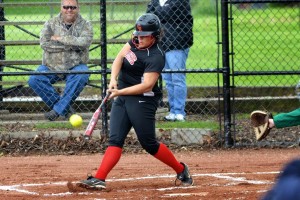 r Cardinal Ritter softball stand-out, Marleah Fossett, was named 3rd team All-Great  L akes Valley Conference.  Fossett is currently the starting first baseman at Southern Indiana University.  She was a second-team All-GLVC horee a years ago.  This year she is hitting .387 with 14 doubles, 5 home runs and 28 RBI.  She also was hit by pitches a GLVC-high 17 times during the regular season.  She is currently tied for 15th in career home runs at Southern Indiana with 11. 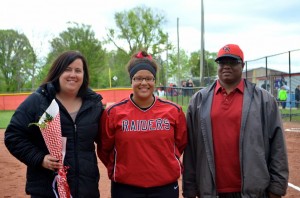 et the Conference and state on fire her senior year at Cardinal Ritter as she broke the school for Batting Avg. (.667), home runs (15), RBI (47), and Runs (42) all while going after a National Record of consecutive home runs per at bat.  This was following a stellar Junior year in 2013 where she broke the school record in hits with 49.  She helped the Lady Raiders win 2 Sectional titles in her time at Cardinal Ritter.

USI is ranked #6 nationally and #1 in the NCAA II Midwest Region poll.  They begin the GVLC Tournament on Thursday at 10 AM when th 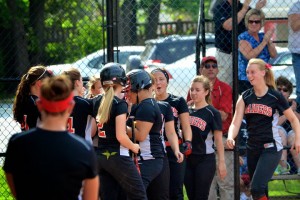 Find more information and track Marleah and her trip to the tournament here http://gousieagles.com/news/2017/5/3/softball-usis-kunkle-leonhardt-named-glvc-coach-freshman-of-year.aspx 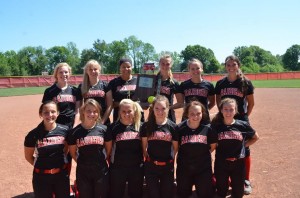