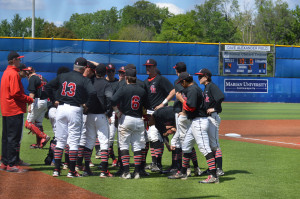 The Cardinal Ritter baseball team lost to Heritage Christian 4-1 in the City Alliance Semi-Final on Saturday.  It didn’t seem to be the Raiders day as they hit the ball hard throughout the day but just right at opposing players.

Blake “Hot Mustard” Malatestinic had his first loss of the year only giving up 1 earned run in a complete game.  He was stunned early as 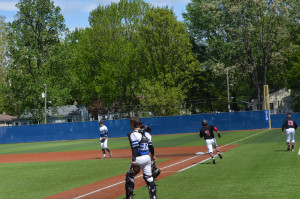 the lead-off man from the game had a base hit on the first pitch which sparked the Eagles offense for two runs in the first.  Malatestinc gained his footing and pitched well the rest of the game.

The defense was lead again by BSN player of the week, Alex “The Sticky Bandit” Vela who made play after play at short to stop the Eagle offense.

The Raiders played again Monday against Scecina for an 8-1 win.  Details coming.