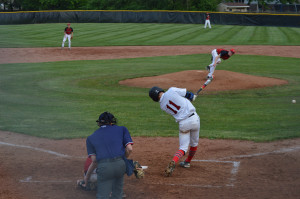 The Cardinal Ritter baseball team won their fourth straight Indiana Crossroads Conference Championship on Wednesday with their 15-5 victory over the Park Tudor Panthers.  This is a huge accomplishment as the team’s seniors have won the conference title every year.  At this point they have not lost a game in conference play going 26-0 with Saturday’s game against Triton Central standing in their 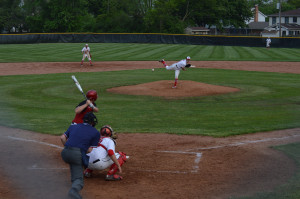 way from going 27-0 in their career in conference.

The Raiders offense was on fire on Wednesday with Alex “The Sticky Bandit”  Vela setting the table with a lead-off base hit.  He then stole second and third and scored on an over throw to give the Raiders their first run of the game.  This set a tone for the game as the Raiders tacked on 7 capped off by Vela’s 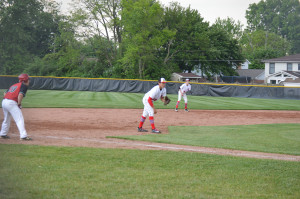 grand slam in the bottom of the first which brought the score to 8-0.

Blake “Hot Mustard” Malatestinic established his fastball early in the game then began to work on his off-speed arsenal which was at top form.  Malatestinic came into the game wanting to work on pitching mechanics and was able to earn the win bringing his record to 6-1 on the season.  He threw 4 innings and o 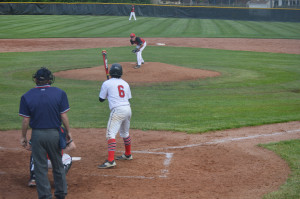 During the first 3 innings the Raiders looked their best all year with pitching, defense and hitting at peak form.  The offense was led by Vela who was 2-3 on the day with a grand slam, 4 RBI and 2 stolen bases all while playing under the weather.  Jake “The Snake” Kluemper arguably had his best day at the p 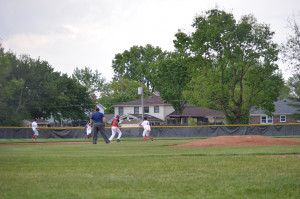 late this year going 3-3 with an RBI and a monster home-run to right which almost hit the houses.  Ben “The Jet” Egenolf hit the ball well going 2-4 with 3 RBI.  Rounding out the offense was Luke “The Laser” Shearer, Henry “Napalm” Woodcock, and Malatestinic who all had base hits.  Bryce “Black and Blue” Giebel also was able to get an RBI single in the fifth to help the Raiders push the score to 15 runs which put the mercy rule into effect for the win. 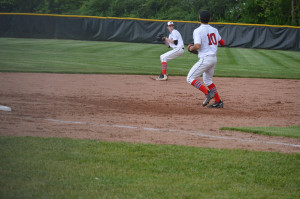 The Raiders play again Saturday at 12:30 at Triton Central where they look to go undefeated in 4 straight conference seasons. 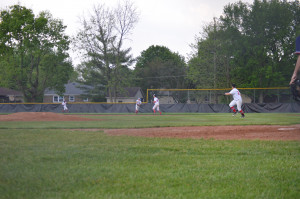 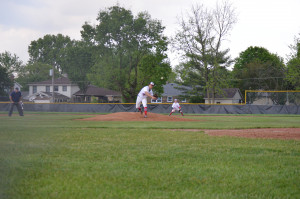 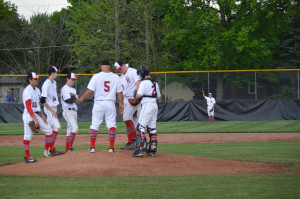 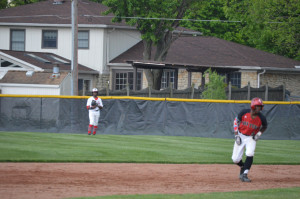 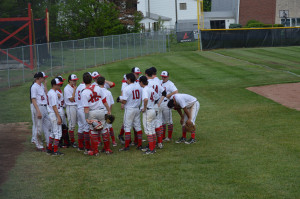 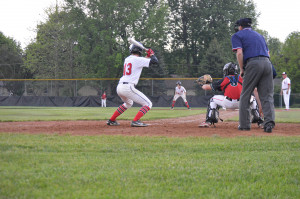 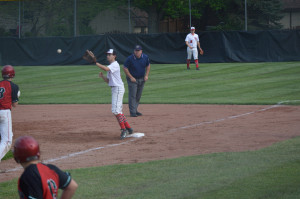