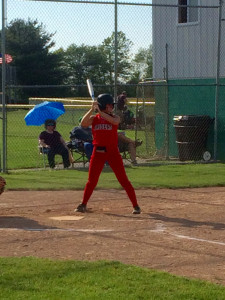 The Cardinal Ritter softball team took the lead for good in the sixth inning to capture a back-and-forth game from Triton Central with a final score of 12-8. The Lady Raiders bats came alive once again last night as they collected an impressive 16 hits to Triton Central’s 10.

The Raiders captured the lead in the first inning with Taylor “The Falcon” Faulkenberg‘s RBI double.  After they scored three runs in the top of the third, Triton Central answered back with three of their own. The Lady Raiders then took the lead again and scored when Jenna “Pure Athlete” Purichia tripled driving in one run, Chloe “Clutch” Olejnik hit a sacrifice fly to drive in a run, 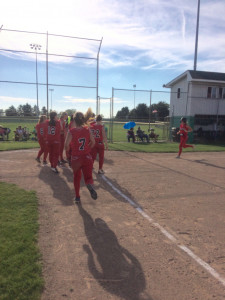 and Abby Downard homered over the left field fence, driving in one run.

Triton Central wasn’t done clawing their way back as they answered with 3 runs, including a home run.

The Lady Raiders will travel to Pike tonight for a 5:30PM game.
Oct
30