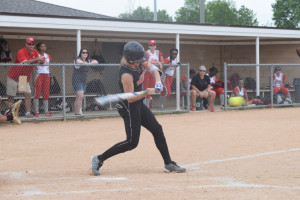 The Cardinal Ritter softball team defeated Pike 13-12 last night on Pike’s Senior Night. The Raiders came out swinging once again and took command of the game early with 4 runs in the 1st inning, including an RBI single from Annie “The Natural” Kluemper. Carson Heim started on the mound for the Raiders. She went five and two-thirds innings, surrendering nine runs, nine hits, and striking out four. Jenna “Pure Athlete” Purichia entered the game confidently in the 5th, 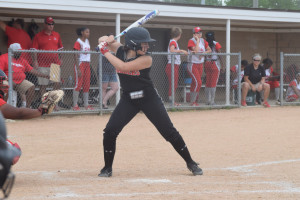 and helped propel the Raiders to victory.

The Raiders built up a 7 run lead in the 6th inning, but Pike clawed their way back with 5 runs in the bottom of the 6th to make the score 9-11. The Raiders answered back with 2 more runs in the top of the 7th, making it 9-13 for Pike’s last chance to come back. Pike put the pressure back on CRHS with 3 runs, making it a 1 run game. With the tying run on t 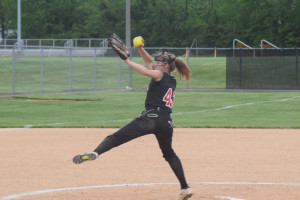 hird base, Purichia put the nail in Pike’s coffin with a strike out to end the game in the bottom of the 7th.

The Raiders racked up a total of 13 hits. Offense was lead by Chloe “Clutch” Olejnik, Taylor “The Falcon” Faulkenberg, Heim, Purichia, and Kluemper, who each collected multiple hits for Raiders. The Lady Raiders also tore up the base paths 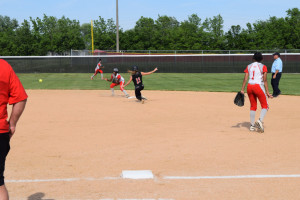 with an impressive 14 stolen bases, which is the most they’ve had in a game so far this season. Abby Downard and Olejnik stole 3, Kluemper and Purichia stole 2, and Maddie Potts, Brooke “Ain’t No Bologna” Belloni, Heim & Kylie Nagy each stole 1.

The Lady Raiders will face Southport at home on Friday night at 6PM. 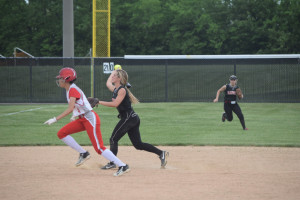