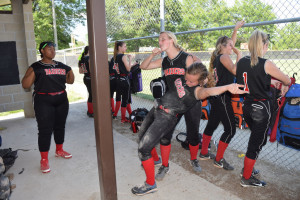 walk-off double led the Cardinal Ritter softball team past Speedway 7-6 in round one of Sectionals on Monday. The game was tied at six with the Raiders batting in the bottom of the 7th when Carson Heim doubled, driving in Macy Berghoff. Taylor “The Falcon” Faulkenberg started and finished on the mound for the Raiders, giving up 6 runs, 6 hits, and striking out 4. 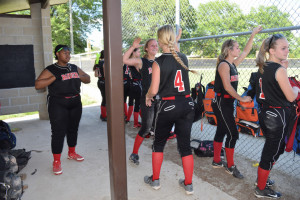 fter two scoreless innings, Speedway put up four runs in the bottom of the 3rd after 3 Raider errors. The Raiders answered back with two runs in the top of the 4th, and came alive in the 5th inning with four more runs. The Raider’s big 5th inning was driven by a fielder’s choice by Brooke “Ain’t No Bologna” Belloni, a single by Carson Heim, and a single by Annie “The Natural” Kluemper. 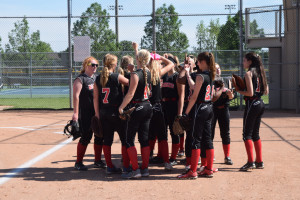 peedway then evened things up at six in the top of the 6th inning. Raiders were quiet in the bottom of the 6th, but earned three consecutive outs to hold off the Sparkplugs in the top of the 7th. With the game tied at 6 in the bottom of the 7th, Macy “Takin’ Care of Business” Berghoff came off the bench after missing several games due to a thumb injury, and crushed a double in the right-center field gap. Heim then sealed the victory with a walk-off double.

The Lady Raiders will face Scecina at Speedway on Tuesday night at 5:30PM for the 2nd round of Sectionals.
Oct
30