As the summer shines upon us, it is time for the members of the Cardinal Ritter football program to start gearing up again. While several members contributed to the hard work put in by the baseball program and helped earn a State Championship in that sport as well. We want to congratulate all of them for their success. The football guys immediately jumped back into things competing in the Indianapolis Colts 7 on 7 tournament. The guys were ready to jump right out of the gate the next morning going 3 – 1 only to lose by a touchdown to Lawrence Central late in the game. Lawrence Central eventually won the 7 on 7 tournament at the Colts west side practice facility. We also have a scheduled 7 on 7 at Illinois State at the end of June. 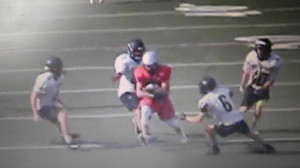 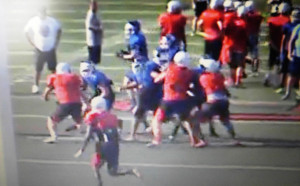 The football program recently participated in an 11 on 11 thud scrimmage. We are in the beginning stages of finding out who can fill some spots left from the seniors who helped us win a 2016 State Championship. We have a lot of talent coming back and want to continue to develop the football knowledge and skill during the summer. The players know that it continues to be an all out effort. We continue with the motto, “Those Who Believe, Will Find The Strength to Finish”. We want to thank Coach Padgett (Centerville) and Coach Kazmierczak (Mt. Vernon) for bringing their players and working with us to benefit all three programs. We wish them success as their summer continues! We want to build with every step. We saw some things that stood out and some things to continue to work on at this point. How we put that potential into actions will be the center of our effort! 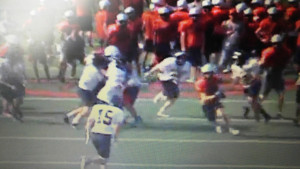