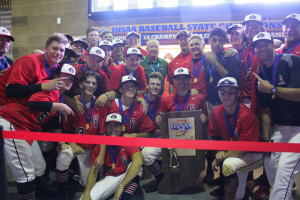 Cardinal Ritter Baseball Team finished their record breaking season by reaching the highest rankings in school history according to the website MaxPreps.  In addition to being the # 1 ranked team on for 2A, the Raiders were also ranked #212 (out of over 15,000 schools) in the country overall and #5 overall in the state of Indiana.  The overall state ranking saw the Raiders ranked above 2 of the other state champions.

The most prestigious ranking Cardinal Ritter earned was being ranked #15 in the country for small schools! 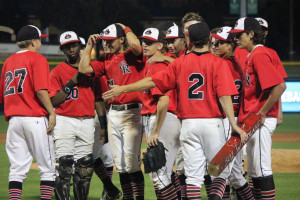 and check out the small schools National Ranking on MaxPreps by clicking here: http://www.maxpreps.com/news/DPoRBm6_D06vC51SzpT7Pg/final-2017-maxpreps-small-schools-national-baseball-rankings.htm