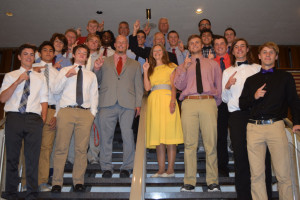 The Cardinal Ritter Baseball Team continued their 2017 State Championship victory tour on Tuesday, July 24th at the Indianapolis City-County Council Meeting.  The Raiders were honored by Councilwoman Janice McHenry where a special resolution was written and read about the IHSAA Champs.  All players and coaches names were announced and documented as well as Loretta the Log!

After the resolution was read, Head Coach Dave Scott said a few words about the team 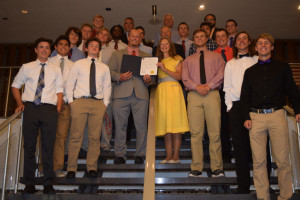 and thanked everyone involved for the opportunity for this esteemed honor.

Councilwoman McHenry had great words to say about the team and welcomed future Cardinal Ritter Champions with an invitation to be honored for their hard work.

Each player in attendance was given a City-County Council pin for their achievement. 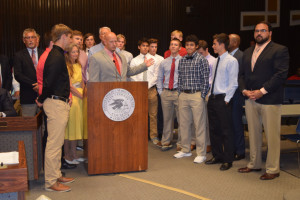