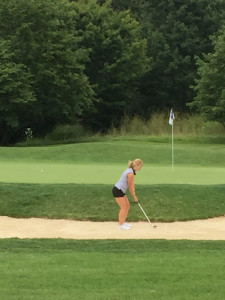 It was a cool and blustery August afternoon? Seriously? Only 63 degrees and strong winds? On August 4th? Despite the very unusual weather for an August day, the Lady Raider golfers took to the links at Pebble Brook Golf Club on Friday to play in the annual All Catholic Invitational, and delivered a fifth place finish.

In their second tournament of the season, the Raiders were able to cut 24 strokes from their last outing, carding a team score of 442. That was good enough to beat Bishop Chatard, and take 5th place in the tournament. Ninth-ranked Cathedral took the trophy this year, firing an amazing team score of 323. 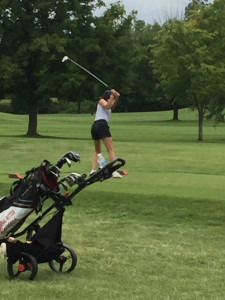 Senior Lizzie Knight led the scoring effort again, shooting a 102, followed by juniors Annie Melton and Madison Hurrle, recording a 110 and 111, respectively. Rounding out the team score was senior Frankie Viglietta with a 119. Senior Emma Grider made her Lady Raider golfing debut in her first-ever tournament with a respectable 132. All five players were able to improve their scoring from the front nine to the back nine by up to twelve strokes. All Raiders are moving their scoring in the right direction early in the season. Keep this trend going ladies!

This next week brings another two matches on the schedule, with a Varsity and JV match on Tuesday with 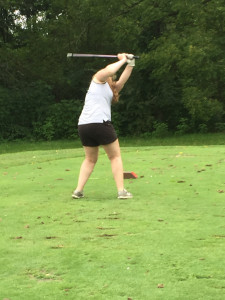 Decatur Central at Riverside Golf Course starting at 4:30 pm. On Saturday the Lady Raiders will compete in the Ben Davis Invitational at South Grove Golf Course, starting at noon. Come out and follow your favorite golfer, and enjoy watching some amazing golf! 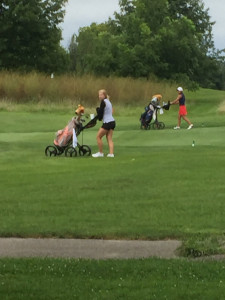