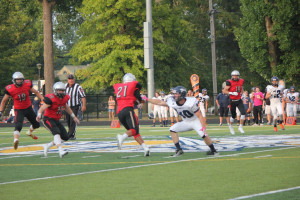 After a successful two weeks of getting things accomplished on the grid-iron during practice, the Cardinal Ritter Raiders Football Team took on the North Putnam Cougars this past Friday in the first and only scrimmage of the season down at Marian University.  This was the first time the team was able to strap on their shoulder pads and prepare for a real game experience.  The format of the scrimmage was s 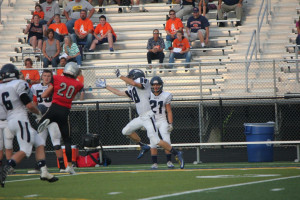 et up so both teams would have equal plays on both defense and offense.  One team would have a set amount of plays on offense, then the teams would switch possessions.  All while changing the yardage for the opening possession per series.

The Raiders goal was to prep as much as possible for the season.  The scrimmage allowed them to implement plays against the Cougars and get the team involved in as many game like situations in the allotted time. 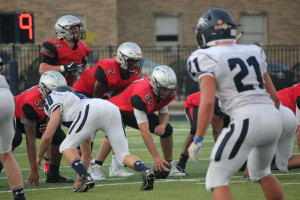 moni Small and Olejnik took control of the offense and marched the ball down the field over and over during the Raiders first offensive series. Ben Egenolf was on the receiving end of one of the biggest pass plays during the series.  Knutson showed some speed from the backfield as Sean Bennett and the offensive line helped create some running lanes for Knutson and the other running backs. 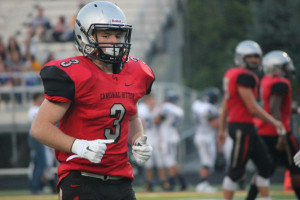 The Raiders defense held the Cougars in check for most of the game but North Putnam was able to find the end zone after a few substitutions on both sides. With the subbing in of players, the Raiders were looking to see improvement from all players get better as a program with each snap.

In the later offensive series, 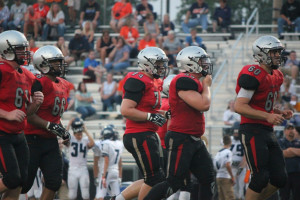 Jack Henninger and LaDarryl Woods guided the JV group down the field throughout their time under center. Aiden Robinson showed a burst of speed from the backfield and was able to make some great cuts to find the end zone. Mani Jackson helped lead the freshman group with a great throw and catch by Jordan Johnson. Ashton Hall was able to punch the ball across the goal line from the running ba 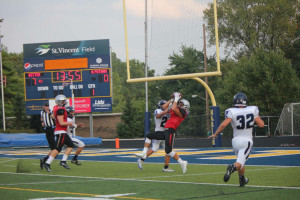 ck position as well. It was great to see the freshman reach the end zone as they have been putting in a lot of work into the early part of the season.
The Raiders begin the official start of the season this Friday as they travel to Monrovia for the season and Indiana Crossroads Conference opener.  Game time begins at 7:00 PM. 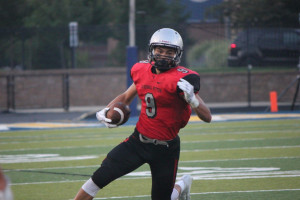 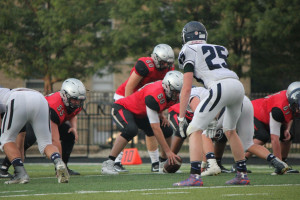 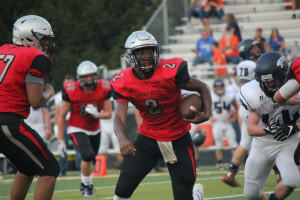