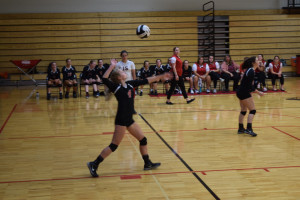 The varsity volleyball team played in the Zionsville invite this weekend. The Raiders went 0-3 this weekend losing to West Lafayette, Huntington North, and Zionsville.

Grace Armbruster lead the Raiders this weekend with 5 kills while Evie Diagostino and Abbey Webb each had 4 kills. Defensively the Raiders were lead by Jenna Purichia with 23 digs while Brooke Belloni had 19 digs. Due to some injuries, the Raiders had 3 different pl 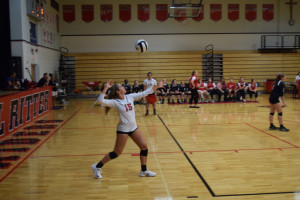 ayers working at setter this weekend. Chelsea Flora lead the team with 11 assists while Evie Diagostino had 10 assists.

The JV silver volleyball team placed 2nd in the Zionsville Invite beating Guerin and Zionsville and losing to Cathedral. Audrey Odier had 33 assists. Riley Heim led the team with 22 kills. Lauren Beaman had 14 aces and 12 kills. Emma McKee had 14 digs. 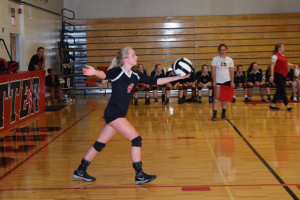 The Teams are back in action Tuesday as they travel to Scecina for ICC play.