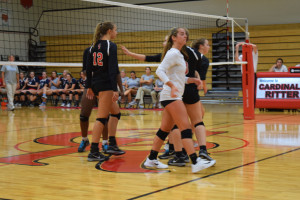 The Varsity Volleyball Team lost a tough match to Heritage Christian in 5 sets on Thursday.  It was a back and forth battle, but the Raiders could not hold on in the end despite great play from their players.

Leading the offense for the Lady Raiders were Grace Armbruster with 14 kills, “Spiking” Sarah Middaugh with 12 and Evie Diagostino with 7.  Chelsea Flora distributed the ball 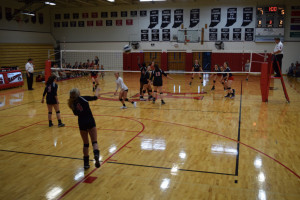 picking up 30 assists and Jenna “Pure Athlete” Purichia anchored the defense with 31 digs.

The JV lost to heritage Christian in two. Olivia Dininger lead the team with 5 kills.