October was another great month for Cardinal Ritter Athletics with many of our Raiders excelling in their respective sports.  This month’s winners for the Booster Club Girl and Boy Student-Athlete of the Month are Mary Anna Wehrle and Chris “Brick Wall” Bonilla. 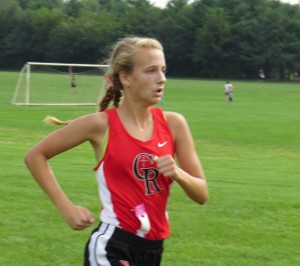 Wehrle’s sophomore campaign in Cross Country was even better than her freshman year.  She broke her school record again multiple times capped off by another IHSAA State Championship birth.  In the month of October she broke her record twice with the new time of 18:18.1.  She took 3rd overall at one of the biggest Sectionals in the State, 8th overall at the Regionals and 5th in the Semi-State.  In just two years, she has been a 2 time Regional Qualifier, 2 time Semi-State Qualifier and 2 time State Qualifier.  She is the first in school history to accomplish this feat. 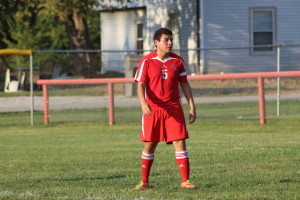 Bonilla was the team captain for the Boys Soccer Team that won the 2017 IHSAA Regional Championship and Semi-State appearance.  He was the leader on the defense for a team that only gave up 19 goals all season in a total of 17 games.  He also aided the offense adding 4 goals in the month of October.  His defense was instrumental in the team record of 17-3-2 giving the Raiders a #4 ranking in the state.  “Brick Wall” was named to the All-Indiana Crossroads Conference Team and All-City Team.  He has been arguably the best defender for the Raiders in the last 4 years and helped the team win 3 Sectional Titles, 2 Regional Titles, 1 Semi-State Title and a State Runner-Up Title in his time at Cardinal Ritter.