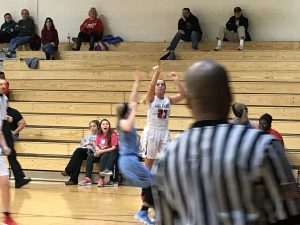 The Lady Raiders Basketball Team put on an impressive defensive performance on Tuesday night in their 48-41 home win over the Cascade Lady Cadets.  Before the game CRHS and the Girls Team was able to celebrate St Malachy’s 4th grade girls CYO Championship.  Congratulations to the future Lady Raiders!

When the game tipped off, Cascade took control early, hitting multiple shots around the court to pull ahead.  The Lady Raiders were down for a good portion of the first half, but began tightening up the defense while passing the ball around for open shots to come back for the victory.  Cardinal Ritter was led in scoring by Elena Closser with 14 points and Jenna “Pure Athlete” Purichia with 11 points.  With the victory the Lady Raiders moved there record to 6-3 on the year.  Come watch the ladies this weekend with a home conference game vs Scecina, as the Raider’s look to go 4-0 in conference play.

Click on the video below to see a short video of the pictures on this article. 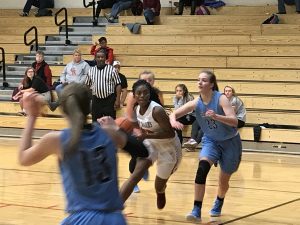 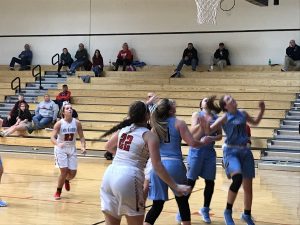 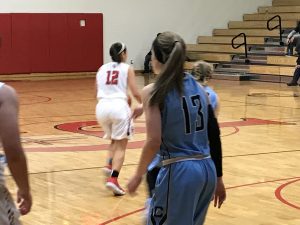 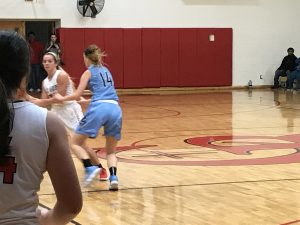