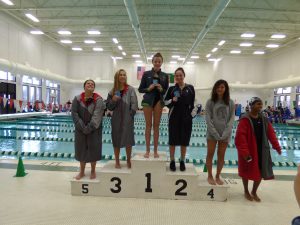 The highlight of the meet for the Raiders was Kamryn Blake & Mike Isakson’s City Championship in their individual events. Blake, won the 1 meter diving with a new personal high score of 424.80, while Isakson won the 100 Breaststroke in a season best time of 1:08.61.

Everyone on the team had season or personal best times on Saturday.  A new school record was set in the Women’s 200 Medley Relay with the team of CiCi Koester, Riley Richards, Zoe Viglietta & Julia Sheringer. 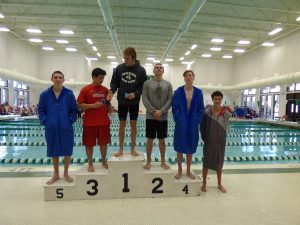 This was the best finish for the Lady Raiders in the history of the swim team competing in the City Championship meet, while the men bring home the City Runner-Up trophy for the second year in a row.

The teams will be training over Christmas break and then head into the Conference Championship meet on Saturday; January 6, 2018.  Come out and support your Raider swimmers & divers as they try to bring home another Championship. 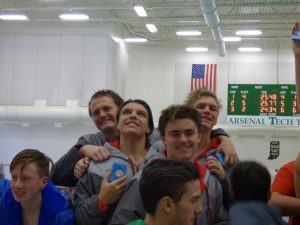 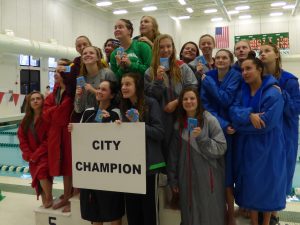 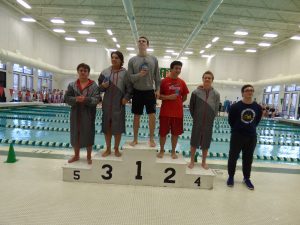 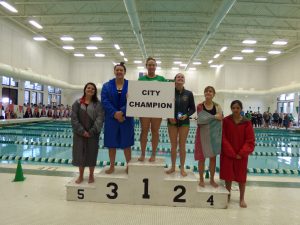 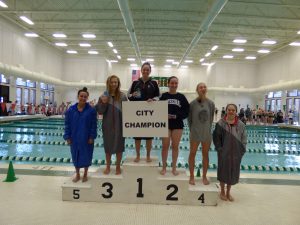 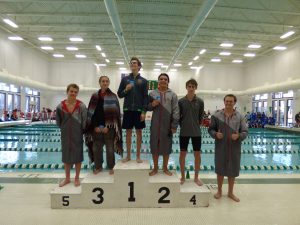 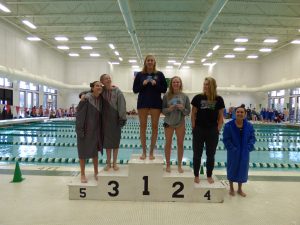