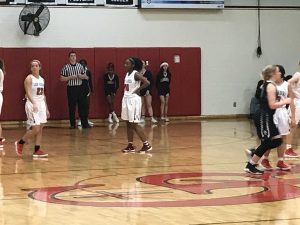 After a victory over Decatur Central in a tense battle with the Hawks, the Cardinal Ritter Girls Basketball Team traveled to Vincennes, Indiana to play in the McDonald’s Holiday tournament over Christmas break.  The Lady Raiders opened with a win over Evansville Harrison 60-47.  Senior Maddie “3 Bomb” Briggeman led the scoring with 20 points followed by Mya “Cutting” Kiner with 14 and Meghan Sandifer with 10. 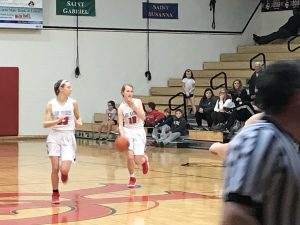 In the second round of the tournament the Lady Raider’s squared off with North Knox.  In the morning contest, the girl’s got off to a slow start and fell behind 31-16 at halftime.  Better play in the second half allowed the Raiders to climb within in 8 points, but couldn’t complete the comeback.  Briggeman was the only girl in double figures with 10 points.  The 60-44 loss moved the Raider’s to the 3rd place game later that night. 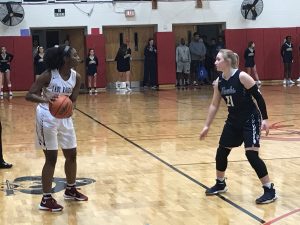 Corydon Central was up next in the 3rd place game and the Lady Raider’s came ready to play in this one.  The Raider’s led 15-2 after the first period and 39-5 at intermission.  Sandifer and Chloe Olejnik led the first half scoring with 11 and 8 points respectively.  The second half was more of the same, the girls continued to play well in this one with the final being 61-30.  Chloe Olejnik led the way in scoring with 16 points and Sandifer finished with 14 points.  Gabby Hicks was impressive going 6 for 6 from the free throw line. 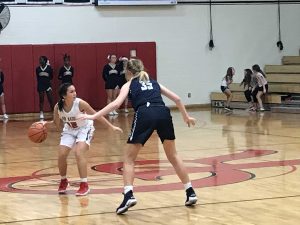 The JV Lady Raiders also saw action over the Christmas break.  First they played at Covenant Christian and these closely matched teams fought hard for the entire game.  The Raiders held a two point lead at halftime.  That lead was trimmed to just 1 in the final minutes. But tough defense kept the Warriors from getting off a final shot and your JV Lady Raiders held on for victory.  Jenna Gruber lead all scores with 12 and Chloe Olejnik added 11 points and 5 assists. 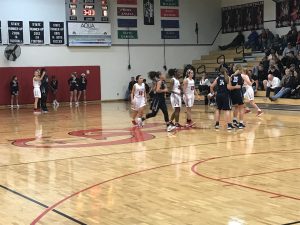 Next up, the JV Lady Raiders hosted the Hawks of Decatur Central on Monday night.  They took the floor after watching the JV boys win an exciting game.  Tough defense by both teams kept the scoring low in this one. And even though the Lady Raiders were short one player due to injury, they put up a valiant effort and earned the win 25 to 19 to improve to 7-6 on the season.  Chloe Olejnik led the way with 9 while McKenzie Griffin added 7, including some clutch free-throws down the stretch.

The last game of the break was against conference rival Beech Grove.  The squad came out firing and never let up, amassing their highest point total this season.  Linsey Waggoner lead the way with 15 while Chloe Olejnik added 13. Kasey Morrison rounded out three players in double digits, chipping in 12 toward the team total of 57. 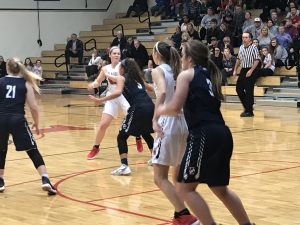 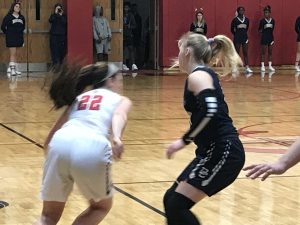 Next up the Lady Raider’s travel to Brebeuf on Saturday January 6th with a JV start at noon and Varsity tip at 1:00 pm.  After this contest, the girl’s will open up City Tournament action at home vs. the winner of Herron and Arlington on Monday January 8th. 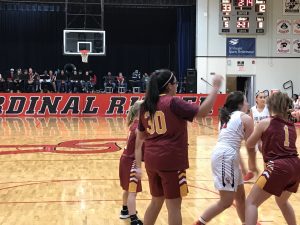 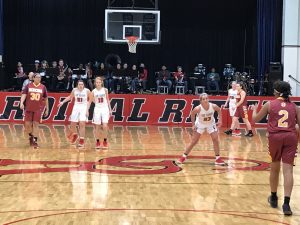 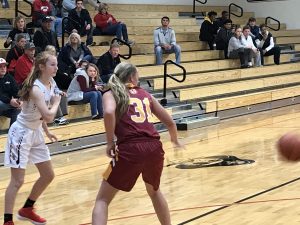 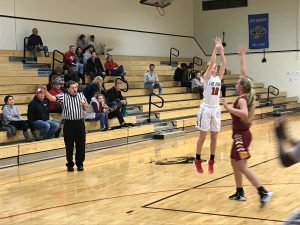 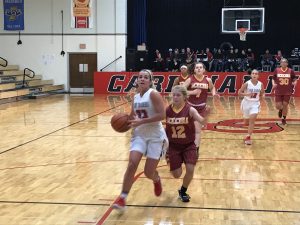 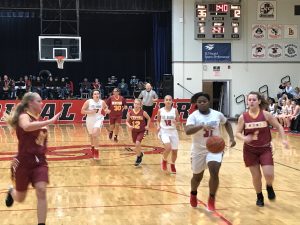