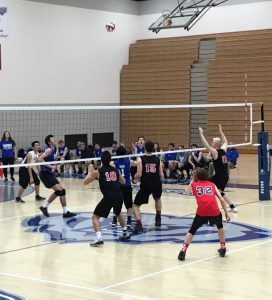 The Boys Raider Volleyball Team traveled to Hamilton Southeastern and picked up the 3-0 win (26-24, 25-18, 25-6). The Raiders had a terrible time taking control in set one, despite leading very early in the set, and didn’t re-take the lead until the score was 25-24. Some clutch serving late in set one kept the Raiders close enough to pull out the win. Set two didn’t start any better than set one, however, the momentum picked up about 1/2 way through the set and from there it was smooth sailing for the straight set win. Cade Merrill was perfect from the service line going 18-18 with 3 aces. Eric Krumm had 9 kills, hitting just over 600 for the night. Josh “JC” Christian had 5 kills and Tharran “T-Bone” Cook added 3 kills. Josh Strati led the defensive picking up 16 digs on the night, Merrill and Will Roberts each added 7 digs. Cook also had 2 blocks on the night.

The JV Raiders opened their season with a 2-0 win (25-11, 25-12) over the HSE Royals. Michael Kozlowski ran the offense for the JV Raiders, dishing out 10 assists on the night. Patrick Keating led the team in kills picking up 4 kills, while Bobby Sulecki, Bobby Isakson and John  Wagoner each had 2 kills. The defense was led by libero, Ben Yetter who had 11 digs and went 8 for 8 from the service line. Zane Middaugh when 10 for 11 from the service line with 3 aces and added 8 digs as well. 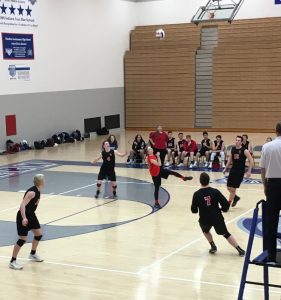 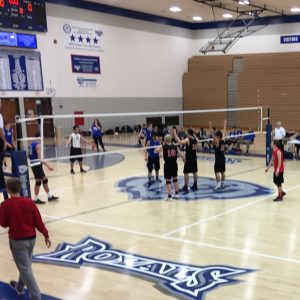