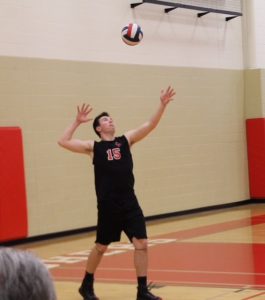 The Raider Boys Volleyball Team traveled to Fishers High School for the Fourth Annual March Madness Volleyball Tournament on Saturday, where 8 Varsity Volleyball teams gathered to compete. The Raiders started the morning playing against the Trojans from Bishop Chatard. Despite a late set surge in set #2, the Raiders were able to get the win in straight sets 2-0 (25-16, 27-25). Then it was a match against the Hamilton Southeastern Royals, with results similar to the regular season match from a couple of weeks ago. The Raiders won in straight sets 2-0 (25-12, 25-7).

The real test of the day was yet to come as next on the Raiders dance card were the host Fishers Tigers, ranked #3 in the state. The Raiders came out very pumped up and ready to play in set #1, getting a small lead early on and managing to hold on to it through-out the entire first set. However, the Tigers were not going down easy, winning set #2, forcing the 3rd and deciding set. The lead changed hands a couple of times in the early going of set #3, but in the end the Tigers held on to the lead and the Raiders suffered their first defeat of the day 1-2 (25-21, 19-25, 12-15). 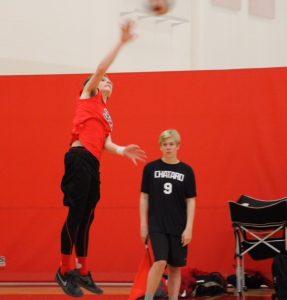 The final match of the day saw the Raiders matched up against the Irish from Cathedral, ranked #1 in the state and fresh off an upset loss to #4 Carmel. The Raiders looked great against the Irish in set #1, managing to hold a small lead for about half of set #1, however, Cathedral seemed to have an immovable block in the middle of the court and in the end it was too much for the Raiders to overcome as we went down in straight sets 0-2 (23-25, 13-25).

Here are some of the Varsity numbers for the day:

Will Roberts ran the offense from the setting position all day and dished out 70 assists over the course of the four matches. Eric Krumm picked up 25 kills and 5 blocks on the day, Tharran “T-Bone” Cook and Josh “JC” Christian had 16 kills each, Roberts helped his own cause getting 8 kills, Sean Bennett finished the day with 7 kills.

Josh Strati led the team from the back row picking up 64 digs during the day, Cade Merrill added 38, Matthew Walters contributed 30 and Roberts had 18. 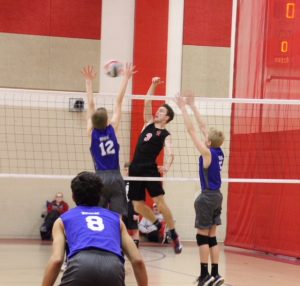 The JV Raiders also played in the Fishers 4th Annual March Madness Volleyball Tournament on Saturday. There were nine JV teams in the competition; Cardinal Ritter placed 4th overall going 3-1 on the day. The JV Raiders got an early morning win over the host Fishers JV 2 team 2-0 (25-12, 25-23). Next up were the Greyhounds from Carmel and that match saw the JV Raiders with their only loss of the day 0-2 (21-25, 19-25). After a quick break for lunch, the JV Raiders were set to compete in the Silver Bracket against Hamilton Southeastern and made it look easy with another 2-0 win (25-9, 25-19). That positioned the JV Raiders to be competing for the top spot of the Silver Bracket in the last match of the day against Chatard. The Raiders took the first set in a close contest, lost the second set  in an even 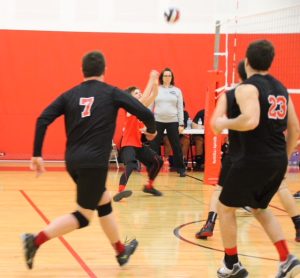 Here are some of the JV numbers for the day:

Michael Kozlowski ran the offense from the setting position all day and dished out 72 assists over the course of the four matches. Bobby Sulecki led all hitters with 27 kills on the day and had 3 solo blocks, Patrick Keating had 16 kills and 2 solo blocks, Elliot Domogalik had 16 kills, John Wagoner had 13 kills and Andrew Harvey had 5 kills.

The Raiders had Mark Adolay and Zane Middaugh split time in the libero jersey on Saturday, and both players ended the day with 50 digs each. Domogalik had 32 digs on the day, Kozlowski added 30 digs and Sulecki had 22 digs. 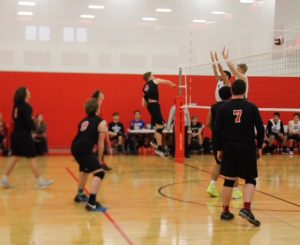 From the service line the team served a respectable 88%. Kozlowski went 38-39 with 2 aces, Sulecki went 29-33 with 2 aces, Middaugh went 18-20 with 4 aces. Other JV Raider servers getting aces on the day were Bobby Isakson and Wagoner with 3 aces each, Eric Diaz and Adolay with 2 aces each and Stephen Starsiak had an ace as well.

Both teams are back in action on Tuesday, March 27 in the FieldHouse at Zionsville High School. JV match is scheduled to start at 6p, varsity to follow. 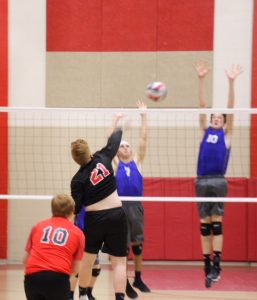 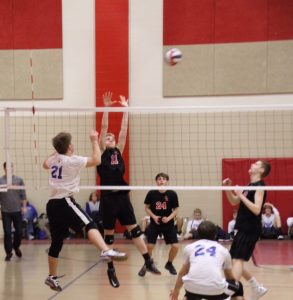 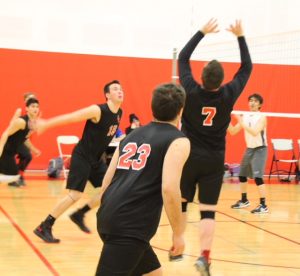 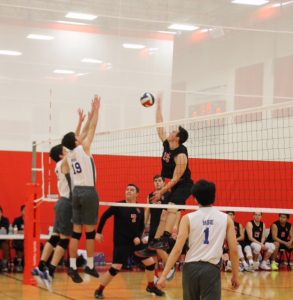 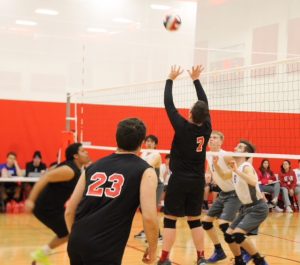 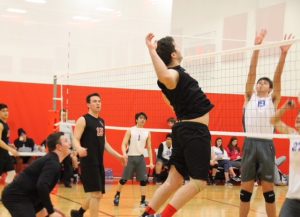 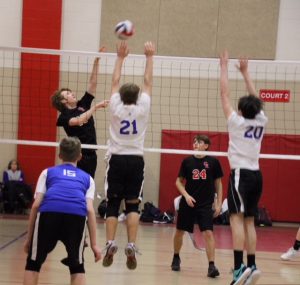 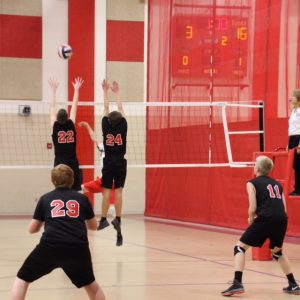 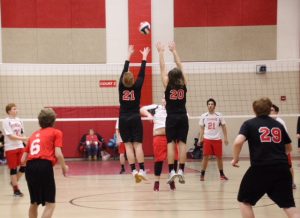 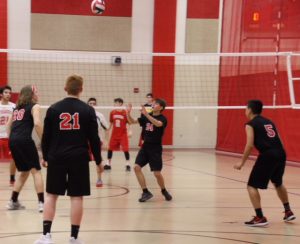 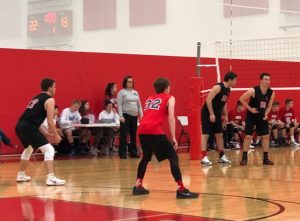 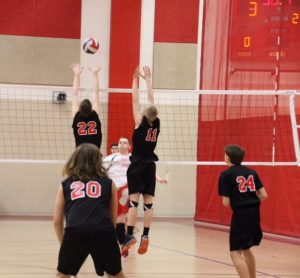 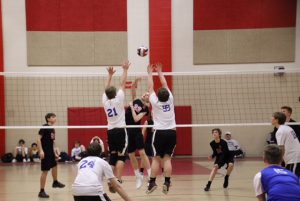 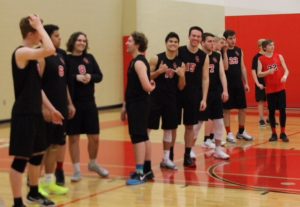 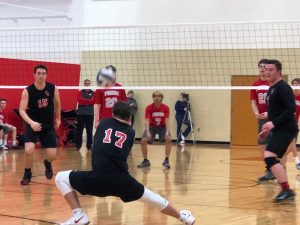