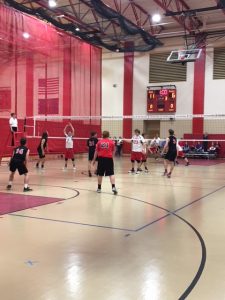 The Raiders traveled to Fishers High School on Tuesday night to participate in the 1st and 2nd round matches of the single elimination Metro Tourney. The first round saw the Raiders match-up against the Warriors of Covenant Christian High and get the win 2-0 (25-12, 25-14). The second round match-up was against the Tigers of Fishers High School and the Raiders lost 0-2 (17-25, 17-25). The Raiders were without Josh Strati “Sphere” and Eric “Cookie” Krumm who are currently side-lined with injuries. Cade Merrill stepped into the libero role for tonight’s matches and Mike “Iron man” Isakson played middle hitter.

Will “The Thrill” Roberts dished out 33 sets on the night. Josh “JC” Christian was the kill leader with 12, followed closely by Tharran “T-Bone” Cook with 8, Ben “The Jet” Egenolf with 7, Isakson with 6, Roberts with 5 and Sean Bennett with 2 kills. Roberts, Cook, and Christian had 2 blocks a-piece on the night. Three Raider players were perfect from the service line, Merrill went 12-12 with 2 aces, Cook went 9-9 and Christian went 7-7. Merrill collected 41 digs on the night, followed by Roberts, Christian and Matthew Walters with 15 a-piece, Charlie Magan had 12 digs, Egenolf had 5, Cook had 4, Isakson had 2 and Bennett had 1.

Michael Kozlowski accumulated 30 assists tonight.  The JV kill leader was Bobby Sulecki with 14, followed by Bobby Isakson, Elliot Domogalik and Patrick Keating each with 5 kills, John Wagoner added 3 kills, while Stephen Starsiak and Kozlowski each had 1. Sulecki also lead the team in blocks with 3, while Wagoner and Keating each had 3 and Domogalik had 2 blocks.  Tonight’s dig leader was Zane Middaugh with 24, followed by Kozlowski with 12, Ben Yetter with 11, Mark Adolay with 10, Eric Diaz with 8 digs. Middaugh also led the team in aces with 6, Domogalik had 3 aces and Adolay and Kozlowski each had 1 ace. 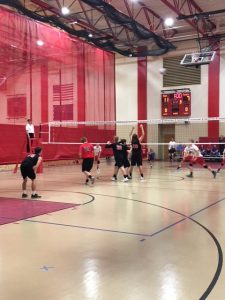 The Raiders final regular season match of the year is on Tuesday, May 8 which is SENIOR NIGHT. The Raiders will host Covenant Christian High School on Senior Night. JV match starts at 6p, followed by recognition of our senior athletes and managers, then the Varsity match. 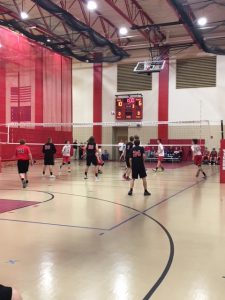 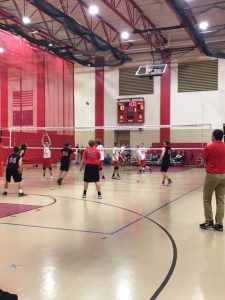 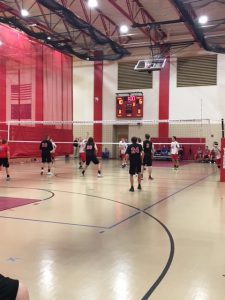 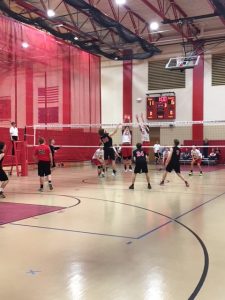