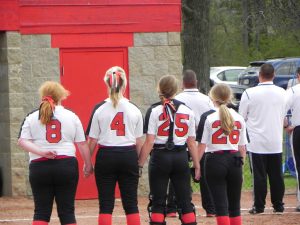 The Lady Raiders softball team has begun the season and bright things are coming.  Their record to this point has not shown how well they have been playing.  The strategy this year was to come up with a very tough schedule at the start of the year to get them ready for conference and a big push toward a State Title later in the year.  Thus far, the Lady Raiders have shown signs of brilliance.

With the weather beginning to heat up, they are really taking form and beginning to show Coach Heim the excellence he has always seen in this current team.  The Raiders have faced some of the perennial powerhouse teams in the State and have improved exponentially throughout. 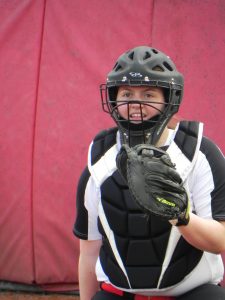 On top of showing signs of greatness, the Lady Raiders have formed the first JV team in several years to compete.

Below is a look at a game to game basis on how the Lady Raiders have fared so far.

The Team won their 1st conference game against of the season against Lutheran playing 9 innings and outscoring the Lady Saint 7-6.  The game was tied 6-6 in the top of the 9th when Carson Heim singled to score the winning run.

On offense, the Raiders racked up 12 hits with Purichia, Riley Heim, Beaman, and Emma Mckee all collecting multiple hits on the day. 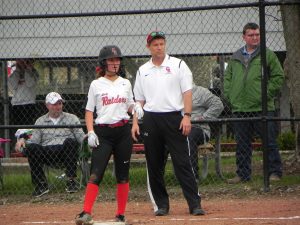 They then had a tough loss against Monrovia. After 9 innings, the final score was 14 to 10. Monrovia took the lead in the 1st inning scoring 4, but the Lady Raiders answered scoring 1. Monrovia was held scoreless unit the 5th adding 1.  The Lady Raiders then scored 2 in the third and 4 in the fifth with Beamen hitting her first 2 run Homer. In the 7th inning Monrovia had the lead 10 to 7. Faulkenberg singled along with Beaman then Chloe Olejnik came up to bat with 2 outs and hit a 3 run Homer to tie the game up. With strong defense and pitching both teams where held scoreless in the 8th. Monrovia took the lead in the top of the 9th.  The Lady Raiders had some great hits but were unable to take the lead back. Offensesive leader of the game was Faulkenberg going 4 for 5 and 3 RBI.

The Lady Raiders followed that with a loss to Speedway with a score of 4 to 3. Megan Lewis singled in the 2nd inning to give Cardinal Ritter the lead 2 to 0 and Puricha hit a double in the 5th to score another one but the Speedway plugged away and eventually came ahead. Faulkenberg started the game on the mound throwing 3 innings striking out 5 walking only 1. Lauren Beaman pitched 3 innings as well and struck out 2. Emma McKee led the offense going 2 for 3. 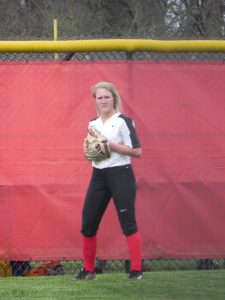 After Speedway, the Lady Raiders suffered a loss to 4A powerhouse, Zionsville the next night 15 to 4 in 6 innings. Lauren “Steamin’” Beaman pitched the complete game striking out two. Zionsville scored 2 in the first inning and with hits from Kluemper, Puricha, Riley Heim, and Faulkenberg the Raiders answered back with 2. The Eagles scored 1 more in top of the third and Raiders took the lead in the Bottom of the third with Faulkenberg 2 run homer.  But Zionsville scored 3 in the fourth and 6 in the 5th and Raiders are unable to regain the lead. Kluemper lead the offense the game going 2 for 3 at the plate.

The JV Raiders have also seen some action this year losing to Noblesville with a score of 15 to 4. The Miners scored 5 in the first and the Raiders answer back with a solo home run hit by Lauren Beaman. Beaman also added three more runs with another home run hit in the bottom of the 5th. Aaronda McGowan and Amy Price went 1 for 2 and Beaman led the offense going 2 For 3 and 4 RBI. 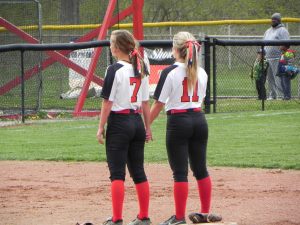 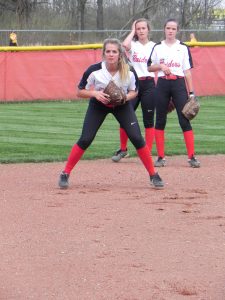 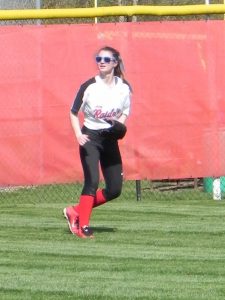 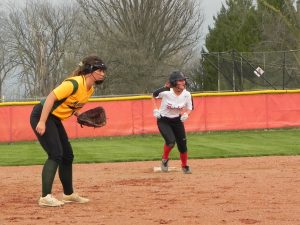 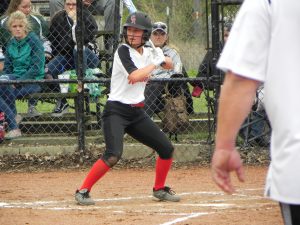 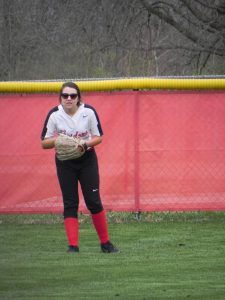