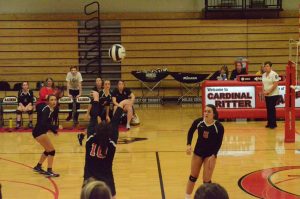 The Cardinal Ritter Varsity Girls Volleyball Team lost in three sets Tuesday night to Chatard. The Raiders started the match off slow, but really battled with the Trojans at the end.  Chloe Olejnik led the Raider offense with a kill percentage of 28.6% while Amy “A Pee-Zee” Price led the defense with 16 digs. Megan Van Gheem lead the team in assists with 6, while MariClaire Warnock added 4 assists and 10 digs a piece.

The JV  team lost in two sets to the Trojans 19-25 and 12-25. Emma McKee had 11 digs and 4 aces and Lauren Beaman added 8 digs. The whole team played scrappy and serve-received well.

The Freshman Volleyball Team lost to both Scecina and Bishop Chatard.  In the Scecina match, Tahja Brown had 3 kills as well as 2 aces.  Abby Blastic led the team with 5 assists.  In the Chatard game, Olivia Webb led the team with 9 digs and Emma Hunt had 5 digs. 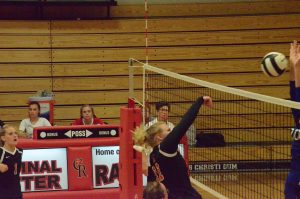 All three teams are back in action on Thursday night at Ben Davis. 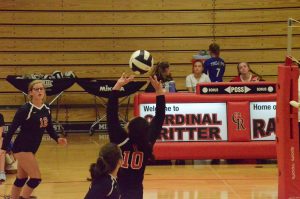 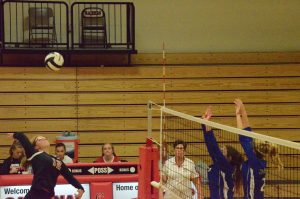 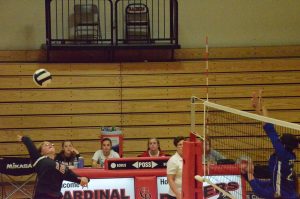 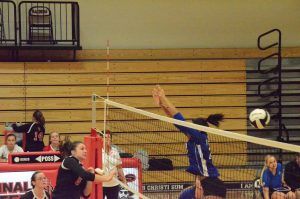 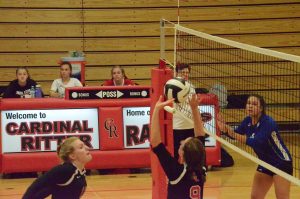 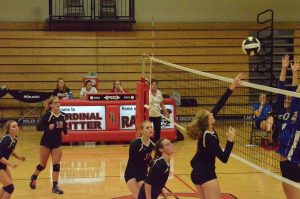 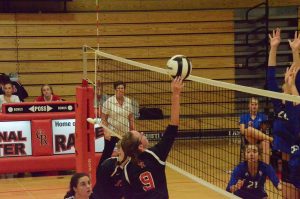 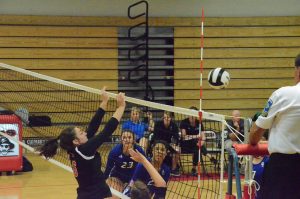 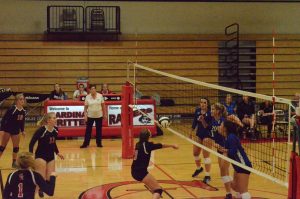 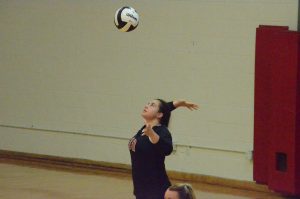 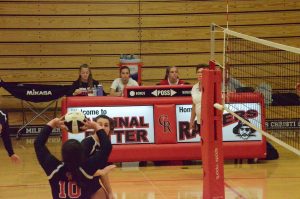 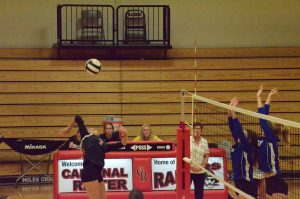