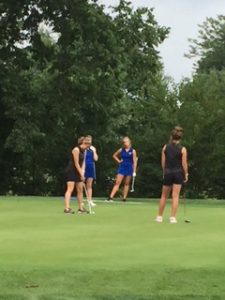 Despite the threat of rain on Thursday, the Lady Raider golfers took on the Lady Eagles of Heritage Christian at South Grove Golf Course. Thanks to Mr. Basso and daughters Bella and Lucy for braving the elements to watch some good golf.

HC was powered by their nationally ranked number one player, freshman Yanah  Rolston, who shot a 38 to earn medalist honors. However, the Raiders were not intimidated. Leading the scoring effort was Madison Hurrle with a 41, followed closely by Annie Melton with 43, Lydia Schembre with 50, and Elena Closser with 54. Although the Raiders recorded their best team score of the season so far, they came up a few strokes short of the victory. The Raiders finished with a 188 to HC’s 176. 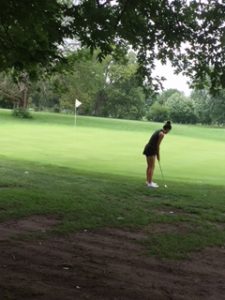 With only a few weeks remaining in the season, the Raiders are putting up some good numbers, which could set them up for a good showing at the Conference tournament on 8/28. In the mean time, they will face some stiff competition on Saturday at the Roncalli Invitational at Smock Golf Course starting at 1:00 pm. 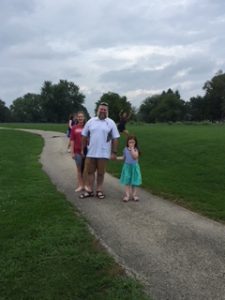