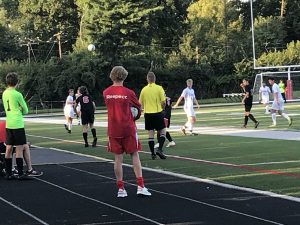 The Cardinal Ritter Raiders Boys Soccer Team played their fourth game of the season on Thursday against Tri-West. The JV started off scoring 2-0 for the team and Varsity took off and dominated during the highly intensive game.

The JV team came out on the attack with constant pressure on the Bruins defense, but struggled to put one away in the early stages of the match. After 20 minutes of play, the Raiders hit pay dirt as Luis Lopez slipped a ball behind the defense, and Victor Cervantes banged it home for a 1-0 lead that they would take into the half.

Cardinal Ritter didn’t let off the gas in the second half, but struggled to get much past the Tri-West goalkeeper. With less than 10 minutes left in the game, Cervantes finally put the game out of reach on a through ball from Octavio Hernandez-Rangel for the 2-0 win.

The Varsity Raiders started off fast. In the duration of the first half the law firm of Hofer, Hofer and Hofer was open for business as Aaron Hofer fired two powerful shots for the team, which scored two goals for the Raiders.  He was assisted by his brother Ryan on both. This put the Raiders up 2-0 at the half. 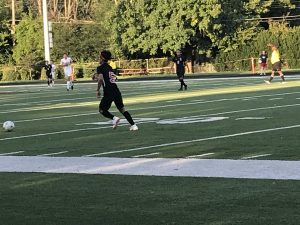 In the second half, Chris Murray contributed to the team with blasting a goal after a little shake and bake on the defender. During the last half of the game Jose Chavez scored last for the team pulling up the score to 4-0.

Earlier the team was interviewed and were asked, “What does being apart of the team mean to you?” Manny Lopez (2020) replied, “They’re like brothers to me, we’re family.” 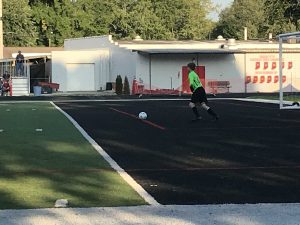 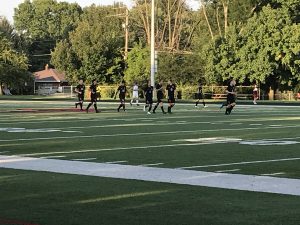 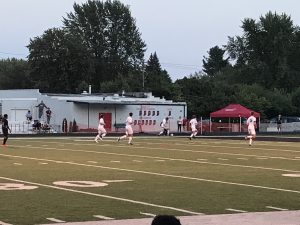