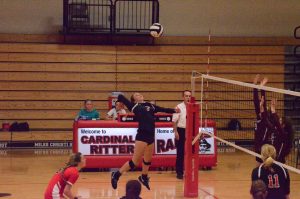 The Cardinal Ritter Girls Varsity Program hosted their annual “Dig for a Cure” night on Tuesday night.  This year they wore green shirts to support all that have been affected by cancer.  The crowd was in full force and the place was buzzing as positive energy oozed from everywhere in the Cardinal Ritter gym.

The JV Raiders started things off but lost a hard fought match in three to Covenant Christian 17-25, 25-19, and 15-17. Maggie Cmehil and Lauren Beaman led the team with 18 digs apiece. Beaman also lead the team with five kills. The Lady Raiders didn’t give up until the very last point of the match.

The Varsity Team then had to take on a Covenant Christian team that had beaten them previously in a weekend tournament.  The Lady Raiders came together and play inspired volleyball for the Raider Nation.  Senior, Grace Arm-“And Hammer”-bruster was not going to let her team go down as she brought “the hammer” down on the Warriors with a game high 19 kills en route to the Cardinal Ritter 3-1 victory. 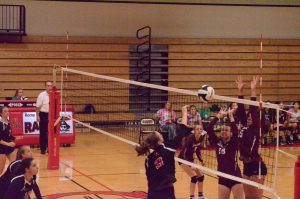 Every match was close with the Raiders winning the first to sets 25-21 and 25-23.  Covenant Christian rallied back in set three to take the win 20-25, but Armbruster and the Raiders made sure that was the last glimmer of hope for the Warriors as they won the 4th set 25-17.

MariClaire Warnock led the team with 24 assists and 6 aces.  Linsey “Say Hey” Waggoner led the team in digs with 21.

The Lady Raiders are back in action Thursday as they travel to Park Tudor. 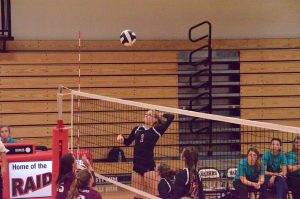 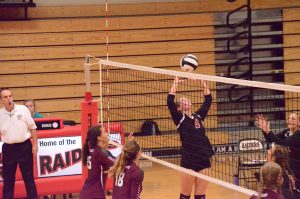 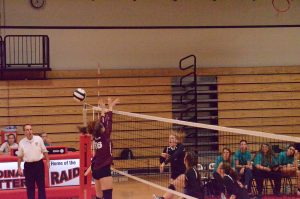 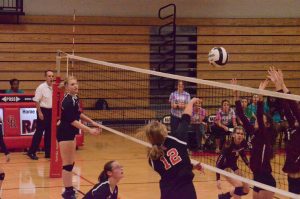 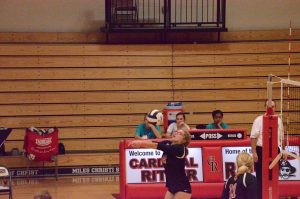 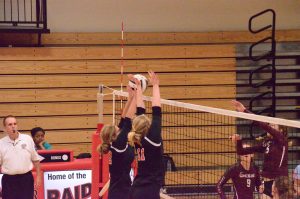 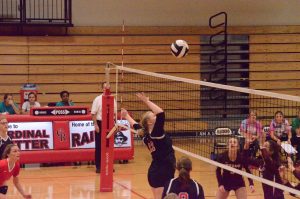 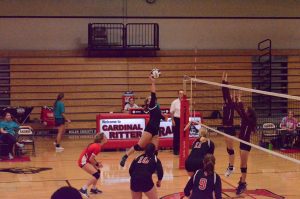 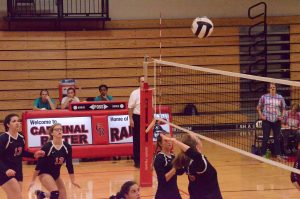