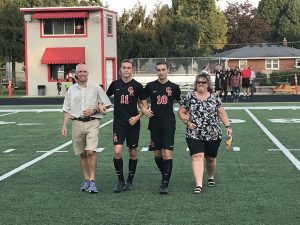 The Cardinal Ritter Boys Soccer Program hosted the Scecina Crusaders Thursday night for another Indiana Crossroads Conference match up. JV took the field first and immediately got to work. 5 minutes in, Luis Lopez opened the scoring on a nice assist from Edgar Gomez. Just 3 minutes later, Octavio Rangel extended the lead to 2-0 off a corner kick. The Raiders ball control and stifling defense made for an easy first half in goal for Santiago Ronquillo, who would take the shut out into half time.
Looking to put the game out reach quickly in the second half, Cardinal Ritter came out on the attack once again. Jesse put away his first goal of the year, 3 minutes into the half, for a 3-0 lead. The Raiders would continue to dominate possession throughout the second half and Bryan Castillo would complete the shut out in goal. 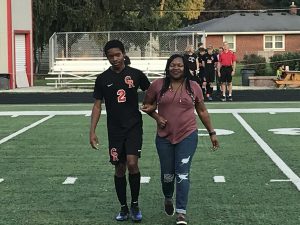 The Varsity Team took the field for the second match of the night after recognizing the seniors for their 4 years of hard work and dedication to the program. After surviving an early flurry of attacks from the Crusaders, thanks to some excellent work in goal from Hayden “Grinder” Grider, the Raiders were able to mount an attack of their own and take the lead on a goal from Andy “Bend It Like” Bonilla 11 minutes in.Cardinal Ritter would keep up the pressure and be rewarded with their second goal of the night on a nice finish from Erick “Marksman” Martinez just 9 minutes later. Looking to put the game out of reach in the first half, Ryan “High Press” Hofer added the third and final goal of the first half with 13 minutes to go.
The Raiders continued to control the game in the second half, wearing down Scecina by controlling possession and constantly moving the ball around. Despite some good looks on goal, the Raiders were unable to add to their lead. Thanks to a strong defensive effort, Reed “The Terrapin” Turpen was able to keep the clean sheet in a 3-0 win to remain undefeated in conference play. 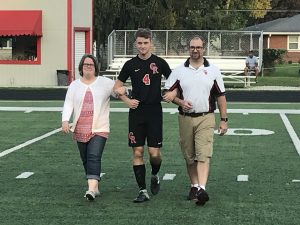 Up next: City Tournament Saturday 9/22 7PM @ Ritter vs winner of Shortridge/Crispus Attucks 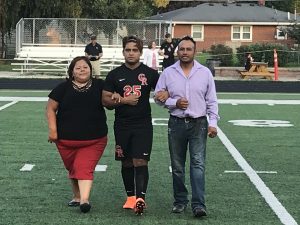 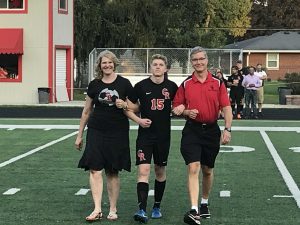