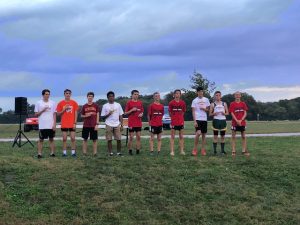 The Girls and Boys Cardinal Ritter Cross Country Teams competed in the Indiana Crossroads Conference Championship last week.  Both the girls and boys teams took home another ICC Championship with the girls having 5 All-ICC runners and the boys having 4.

The first race was the girls and based on their recent success, it was a little anti-climatic as they were heavy favorites leading up to the race.  But there were races inside this race that made the day exciting as the Lady Raiders tried to compete against each other in a friendly battle after some light trash talk throughout the week.  “Marathon” Mary Anna Wehrle became a 2 time ICC Champ as she just edged her sister Mariah “MUD” Wehrle, who days before, took home the City Championship.  Hannah “Kick” Wells out did Jenna Gruber, who beat her days before in the City Race.  Wells came home with 3rd place as Gruber pulled in 6th.  Super freshman, Sarah Jacob, whipped past 3 runners in the last 500 meters to finish on the podium, taking home All-ICC honors, finishing 7th.  Maria Egenolf also ran extremely hard in her last race of the season. 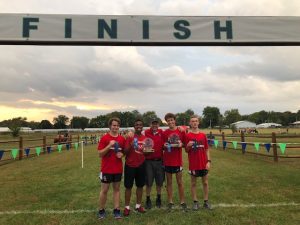 The boys brought back the ICC trophy after winning last in 2014.  Champion, Paul “Streaker” Stamm, easily ran away from the field.  Peter Sperry, Mitchell Jacob and Eli Bush hung in there to claim All-ICC honors despite rival Speedway’s onslaught the first mile.  It was beginning to look grim for the Raiders before Sperry burst his way to 3rd which triggered the slingshot for his teammates over the next 3 Ks.  Those four runners came through with Sperry placing 4th, Jacob placing 5th and Bush in 6th.  It looked as if no other Raiders were going to cross until Nicolas “Pickle” Mark came out of nowhere placing 5th on the team and running a PR and clinching the title for the Raiders.

Coach Ford was excited to take the boys trophy home.  However, senior Jacob said, “No way Coach! I have been waiting four years to get this.”  He walked away proudly trophy in tow.  The other three seniors, Wes Kochell, Julious Johnican and Ben Jordan ran possibly their last race and represented themselves well.  Sam Fitzgerald and Michael Mark both attained a new PR, breaking the magical 20 minute barrier.

Coach Ford said after, “The Stars of the meet are Mary Anna Wehrle for defending her title and Nicholas Mark for his incredible ascension to the number 5 runner.” 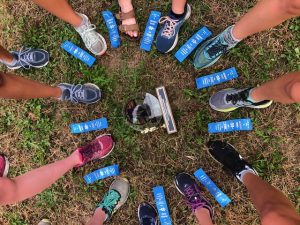 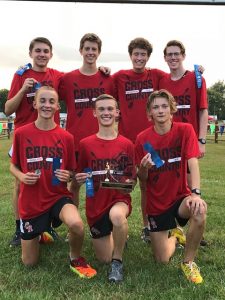 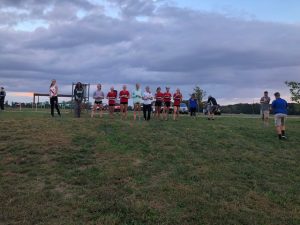