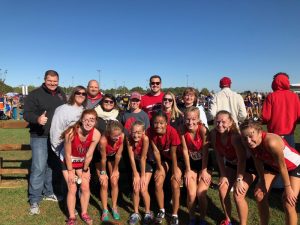 The Cardinal Ritter Girls and Boys Cross Country Teams competed this weekend in the IHSAA Semi-State Championship in Shelbyville.  Both teams competed hard with the boys finishing 11th and the girls finishing 7th, just a few points of making the podium.  Even though the teams didn’t advance, for the first in school history, 3 individuals advanced to the State Final.

The girls ended an amazing record setting season by placing tied for 7th.   Coach Ford said of the season, “In my humble opinion and of a person that lives sports, there has never been a better team in Cardinal Ritter history.  There might be equals but none better.  They were at least the 15th best team in State.” 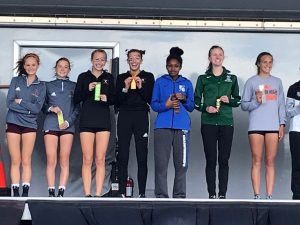 “Marathon” Mary Anna Wehrle ran a PR on a day when few had them.  The neat thing about it, is she also pulled her sister Mariah “MUD” Wehrle right along with her as she also had a PR.  The two finished 5th and 6th respectively, and for the second time in school history, 2 runners advance to state from the same Raiders Cross Country Team.  This marks Mary Anna’s 3rd time and Mariah’s 1st.

Hannah Wells had another big time PR on a day few runners achieved one.  She went out like a bolt of lightning and never stopped. Like always, she reached down and ran past many in the last few hundred meters like they were standing still.  Jenna Gruber went out fast as well.  Coach Ford said of Gruber, “She is one tough young lady.” 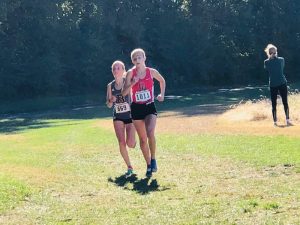 Freshman Sarah Jacob who has never been in such a huge meet like this. Y et she was not intimated by those other 179 runners and ran a strong race when many would have melted under the pressure.

The State Championship Meet will be held at the LaVern Gibson Championship Cross Country Course, 599 S. Tabortown Road, Terre Haute, IN 47803. Tickets are $10 a person and are sold at the facility. Girls race starts at 1, Boys begin after. Go Raiders!! 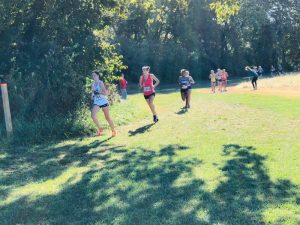