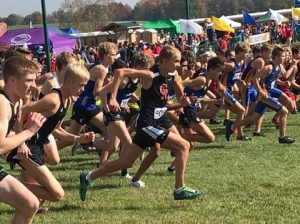 Capping off a great Cardinal Ritter Cross Country season, “Marathon” Mary Anna Wehrle, Paul “Streaker” Stamm were voted first team 3A All-State by the official governing body of Indiana, the IATCCC. Mariah “MUD” Wehrle was selected second team 3A All-State.   In addition to being named 3A All-State, “Marathon,” who finished 11th overall at the State Championship was named to the overall All-State Team.  A panel of couches select runners from 1A, 2A, 3A, and 4A based on their performances during the tournament from Sectional to State.  The IATCCC breaks it down by class since Indiana does not have a class system during the tournament as to recognize the outstanding runners in each class.  To make All-State overall, you must place in the top 20 at the state meet. 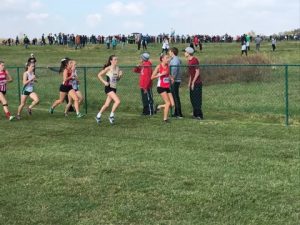 Junior, Mary Anna Wehrle, added this All-State award to her resume, as she became the first runner ever at CR to make All-State overall by placing 11th out of 208 of the best runners in Indiana at last weekend’s state meet in Terra Haute.  She ran an incredible race and the best race of her young career. The bigger the race, the better she performs. 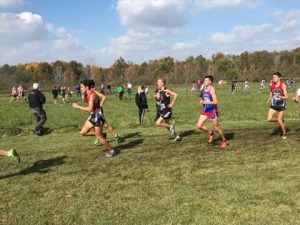 Sophomore Stamm ran well at the state meet and exceptional from a standpoint that it was his first appearance at a state meet, placing 78th out of 208 runners.  It was not his place at state that earned his first team honors, it was his astonishing and unexpected first place finish at Regional, beating five All-State runners from 4A schools Zionsville, Avon, and Ben Davis.  He became CRs’ first ever Cross Country Regional winner boys or girls. 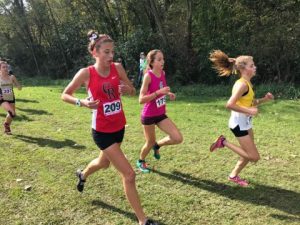 Junior, Mariah Wehrle, was named second team All-State, based her strong performance at State, placing 38th and beating many runners including every Carmel runner, a team that has dominated Indiana girls running for over the past 30 years.  She should be proud in the fact she was named the best runner on the second team barely missing out on making the first team.