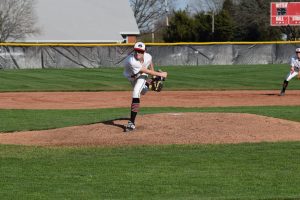 The Cardinal Ritter Baseball Team wrapped up the season winning the first Boys 3A Sectional in school history before falling to State Runner-Up Edgewood in the Regional.  Because of their team success, many of the players saw some individual success.

Damien “Llama” Wallace led the way earning a coveted spot on the North/South All-Star Team.  Wallace also picked up 3A All-State Honorable Mention honors in one of the deepest roster of top notch pitchers in many years.  Wallace was a beast on the mound pitching 74 innings while going 7-4 on the season. His 125 strike outs was second in the entire state while his .47 ERA was good enough to break Blake “Hot Mustard” Malatestinic’s 2017 school record of .62, and put him at 6th in the entire state, 2nd in 3A and was the lowest among pitchers with more than 55 innings on the year.

He was so good that he was also named to the All-USA IndyStar Super Team, was named first team All-City and All Indiana Crossroads Conference. 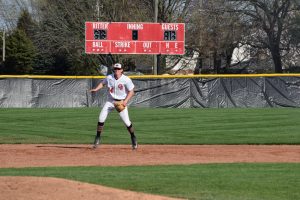 Another Raider who had an epic season was Joey “Gamer” Gruber.  Gruber was named a North/ South All-Star alternate, while picking up All-USA IndyStar Super Team Honorable Mention honors.  Gruber’s defense was outstanding and his offense and base running at the top of the line-up made the team go. Gruber hit a team high .420 while swiping 33 bags, breaking the school record, Alex “The Sticky Bandit” Vela had from 2017 where he stole 32.  His 33 stolen bases was good for 5th in the state and #1 in 3A.  Gruber’s ability also led to him being named 1st Team All-City and All-ICC. 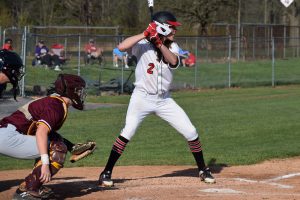 Picking up 2rd Team All-City Honors and being named to the All-ICC Team was “Go” DJ Boggs, who was second on the team in batting and pitching.  While Jack “Rabbit” Henninger was named to his first All-ICC Team in any sport in his young career. 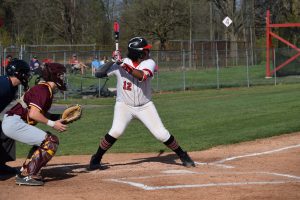