Official Sponsor
The Cardinal Ritter Raider JV football team opened up it’s home football season Monday evening against the Eastern Hancock Royals.   The Raider scoring started with a pass from Jay Gartrell to Josh Johnson. Troy Wilson added the 2 point conversion putting the Raiders up 8-0!  The Raiders marched down the field and called Wilson’s number again, for an 8 yard touchdown run!  Jayden Flemming added the 2pt conversion, Raiders were up 16-0.
The defense then put points on the board, when Kam Henderson stripped the ball from a Royal running back and raced 40 yards for the touchdown.   The 2 point conversion pass from Gartrell to Josh Johnson failed and the Raiders were up 22-0.  The defense stopped the Royals and the offense drove the ball down the field, with Wilson scoring his second touchdown of the day!   Kemari Robinson added the 2 point conversion, Raiders 30, Royals 0.  The first half ended with the Royals scoring ending the half with Raiders up 30-6.   The 3rd quarter was highlighted by a 25 yard TD pass from Ashton Roberson to Josh Johnson.  Roberson called his own number for the 2 point conversion, Raiders 38-6.
The final score of the day was a 16 yard TD run by DeJuan Brown, with Kemari Robinson adding the 2 point conversion.   Final score The Cardinal Ritter Raiders 46, Royals 6.  Defensive highlights consisted of  Valentine Anuka with 3 tackles and 2 quarterback sacks, Onye Nwosiosi with 3 tackles and a fumble recovery ,and DeJuan Brown with 2 tackles and an interception.   Josh Johnson led the offense with 114 receiving yards.
Please join your JV Raider football team next week with a home game starting at 6pm against the Triton Central Tigers! 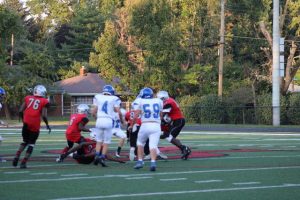 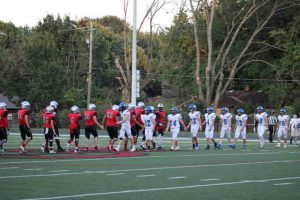 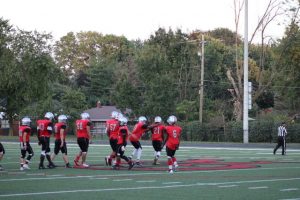 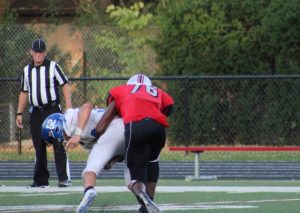 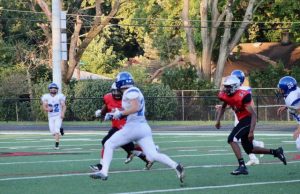 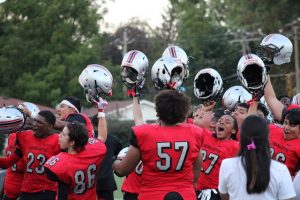 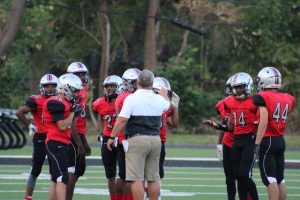 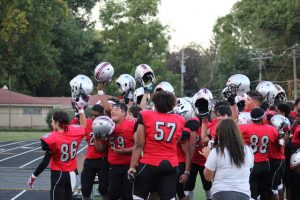 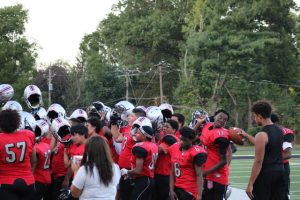 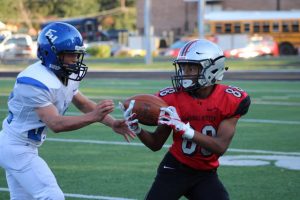 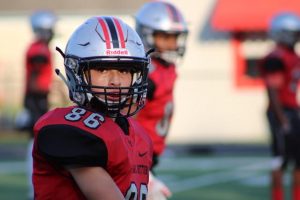 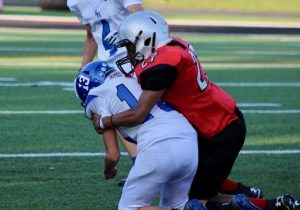 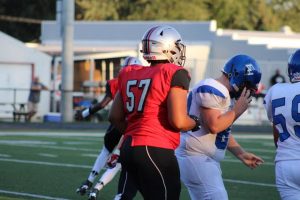 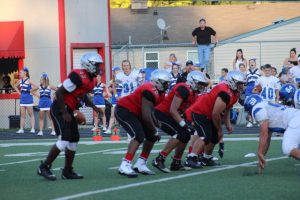 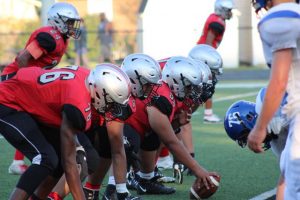 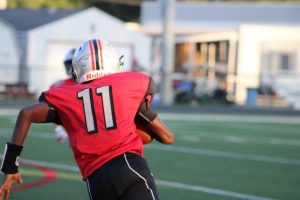 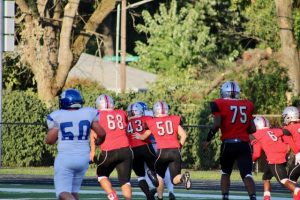 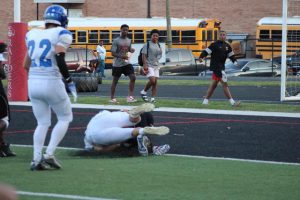 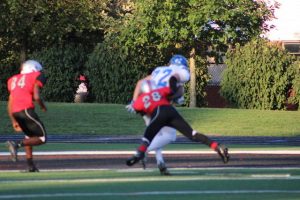 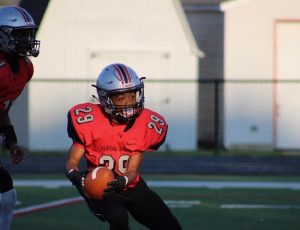 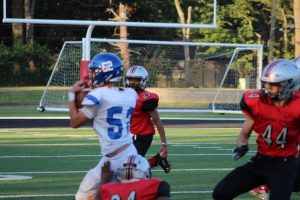 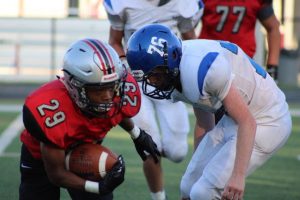