Huge congrats go out to Junior Mark Baker after his wn at # one singles in the conference tournament  Saturday at Park Tudor. The Raiders finished fifth overall. iSenior Jack Radecki finished fourth after a tough start to the day at #2 singles. #1 doubles team of Joey Wynne and Trae Rott also finished 4th after dropping their first match in a tight battle. Coach Baker and Coach Rubey are really impressed by Trae and Joey’s progress as a team thus far. Mike Richards at #3 singles continues to play well but had a tough draw on Saturday as did #2 doubles Simeon Pontones and Nathan Martin. The rookies are getting stronger and learning more each match.

The team has Monday off so no practice or matches but they host Scecina at home Tuesday at 5:00. 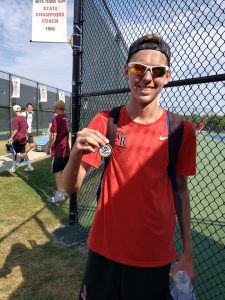 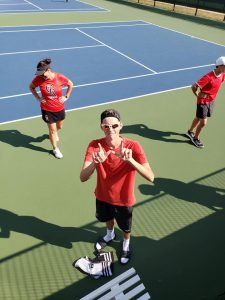 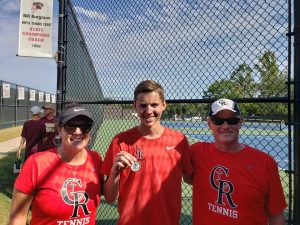