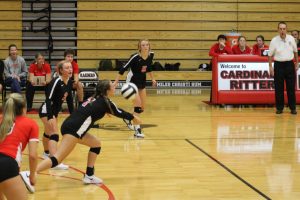 The Cardinal Ritter Varsity Volleyball Team lost in five sets Thursday night against Lebanon. The Raiders took the first set 27-25 but the Tigers bounced back and took sets two and three 23-25 and 18-25. The Raiders rallied back and won set four 25-22. In what ended up being a very long set 5, the Raiders fell short  9-15.

Kelsey “Wild Card” Waggoner lead the Raiders offensively with 13 kills. Defensively the Raiders were lead by Lauren “Steamin'” Beaman with 15  digs. Megan Van Gheem lead the team with 15 assists and added 12 digs. The JV Raiders also lost to the tigers tonight in two sets. Lindsay Norton had 4 kills while Abby Blastic had 11 digs. 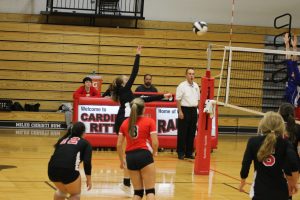 On Saturday, The Raider Freshmen Volleyball Team participated in the Archdiocesan Freshmen Tournament, hosted by Chatard High School. The Raiders lost to Roncalli 0-2, Chatard 0-2, and Scecina 0-2 (21-25, 15-25).

Daveigh Small led the team in digs, picking up 17 on the day, Lauren Yelich added 6 digs, while Makenna Drake and Mya Salaone contributed 3 digs each. Drake was perfect from the service line, going 8-8 while also serving up 2 aces. Stella Campbell ran the offense dishing out 7 assists, while also picking up 2 kills and an ace. Aylin Molina led all hitters with 5 kills and Taryn Andrews added 3 kills. Molina was also responsible for the one block the Raiders had on the day. 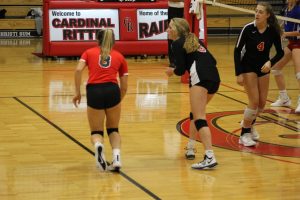 The Freshmen team is back in action at home on Thursday, Sept 26 when the Raiders host Cascade for a triple-header starting at 5p. 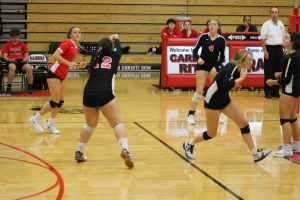 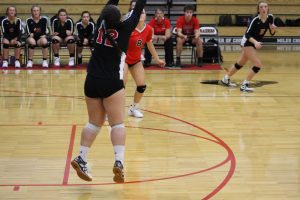 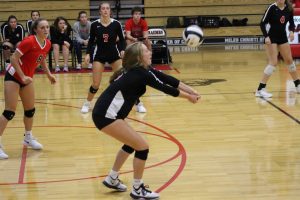 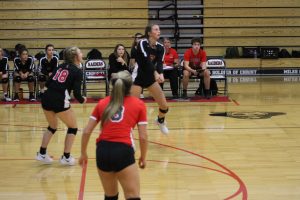 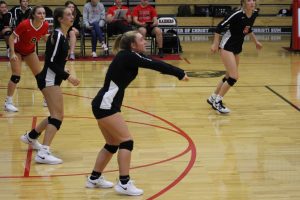