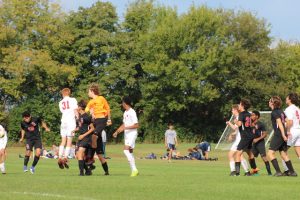 The Cardinal Ritter Boys Soccer Team traveled to Zionsville this past weekend to compete in the Zionsville Tourney and put themselves in front of some tough opponents to test their medal.  They began with playing an undefeated and nationally ranked Zionsville team on Friday night. The Raiders were up to the challenge and started the game strong. Jason “Holding Roll” Hofer put a long shot off the cross bar in the opening minutes and had Zionsville scrambling to keep the game tied up. 15 minutes into the first half, the Eagles caught a break on a long shot that just made it over Hayden “Grinder” Grider’s outstretched hands to go up 1-0.  Cardinal Ritter continued to battle, but couldn’t capitalize on their opportunities to tie it up before halftime.

The Raiders continued to look strong throughout the second half and test the Eagles defense, but struggled to get anything past the keeper. As the pressure mounted late in the game, Cardinal Ritter found themselves with a chance to tie on a corner kick, but once again Hofer found the cross bar and the attack fizzled out. Zionsville would hold onto their 1-0 lead until the final whistle. 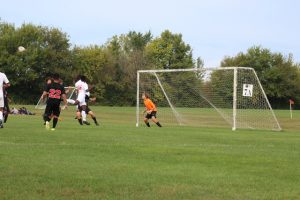 For the second game of the Zionsville tournament, the team took on the Munster Mustangs. The Raiders got off to a slow start, struggling to connect their passes and maintain possession, but the defense was up to the challenge. With 13 minutes left in the first half, the defense finally had a mental lapse when they left a man open on the back side on a corner and would find themselves down 1-0. The offense finally found their footing in the closing minutes, and Erick “Marksman” Martinez would bring the score level on a 40 yard bomb that hit the cross bar and bounced in. The teams would go into the half tied 1-1.

The Raiders took control of the game in the second half. They knocked the ball around with ease around the Munster defense and created multiple good looks, but failed to put them away. Once again, the Raider defense looked strong, limiting the Mustangs to only a couple long shots that failed to test Grider in goal. Despite the dominance throughout the second half, the final score would remain tied up at 1-1.
The Raiders then traveled back home Saturday afternoon to take on Shortridge in the City Tournament.  More details coming soon… 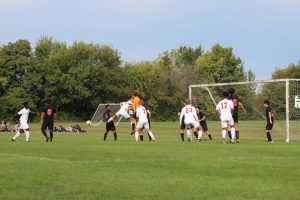 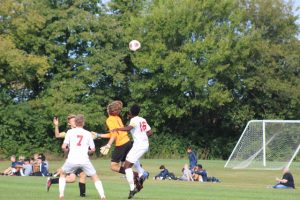 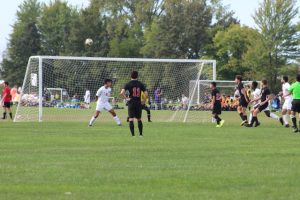 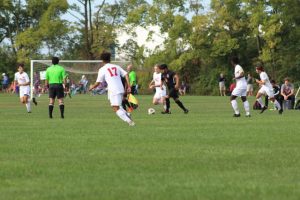 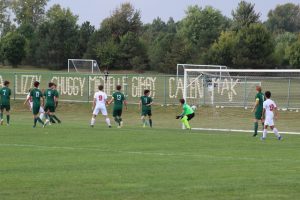 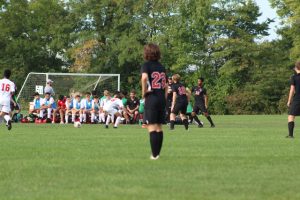 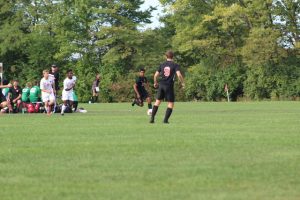 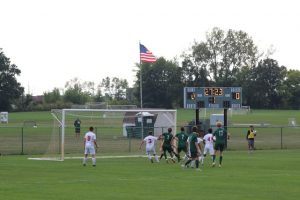 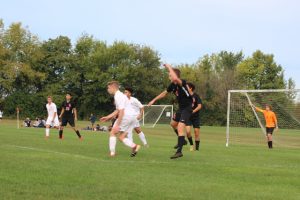 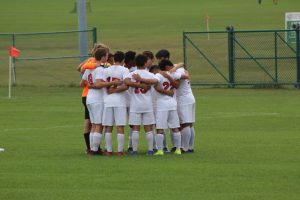 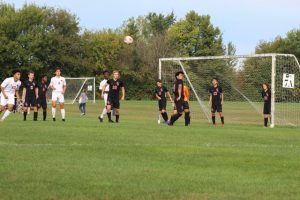 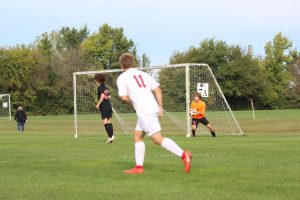 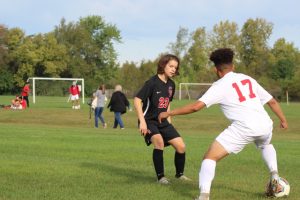 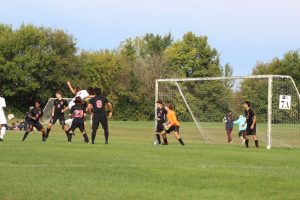