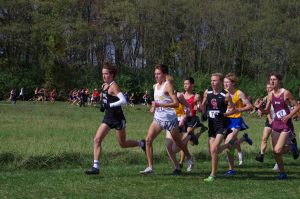 It was a cold, mostly sunny Saturday at the world class Lavern Gibson Cross Country course in Terra Haute, Indiana.  Forty-Eight teams and 440 runners converged to compete for the state championship and 9 of those runners were from a small catholic school named Cardinal Ritter (by far the smallest school at the meet and one of smallest ever).  Like they have the past two seasons, the remarkable history breaking Raider Runners did not disappoint. Nor did the Cardinal Ritter spirit. The teammates of the runners competing were one of the highlights before and during the race as they were shirtless with S.T.A.M.M. painted on their chests while waving the red school flags.  It was sight to see.
Juniors Paul “Stride” and Wil “Streaker” Stamm started off the afternoon in the boys race at 1 pm.  Wil ran very well in his first state appearance and admitted afterwards, “that course was harder than I thought… it was good to get this race experience for next time I run here”. Got to love the attitude as he was already thinking about next year.  He finished in the top third of the runners in a very respectable 71st out of 220. 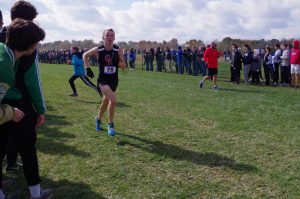 Paul became the first male runner from Cardinal Ritter to earn All State honors with a podium finish of 16th.  He ran a smart race staying with the lead pack and as it leaned out maintained his position until the end.  Coach Ford said after, “It was so neat watching him wear his medal with a well deserved pride of accomplishment to cap off an amazing year.  He even allowed me to touch it and it gave me goosebumps.”  Paul earned it as he was a committed and determined runner that started in June and the result was no surprise to anyone.
The dream continued as the girls demonstrated that they deserved to be there placing 13th and barely missed beating Chatard who took 4th the week prior and the Lady Raiders have not come close to them previously.  A big reason was that Junior Hannah “Kick” Wells ran her best race of the season by far finishing in the middle pack.  Fellow Junior Jenna “Get Up And Go” Gruber did what she always does and ran a very solid race placing in the top half.  Sophomore Sarah Jacob started out slowly as many young runners would do in such a highly competitive and fast first mile.  She recovered very well passing many in the last half of the last half of the race. 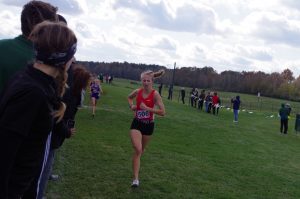 Seniors Mariah Wehrle, who is IU bound, placed 23rd and ran an excellent race barely missing All State for the meet. However, she will be named All State along with her sister “Marathon” Mary Anna Wehrle.  Mary Anna, a West Point recruit, was very disappointed after the race as she fell from 9th at 4K to pace 26th.  Yet what she did was amazing, as she was about 15th and within site of the finish line when she almost passed out and went down hard as she pushed herself way beyond the limits her young body could withstand.  What was beyond belief is she had the remarkable will power to stand up and finish, placing 26th and then immediately passed out crossing the line.  It just demonstrates who she is and why she is and has been so good.
Mariah and Mary Anna were chosen based on their state finals finish to run for the Indiana XC All-Star Team and will run in Kettering on Nov 16th on the same course they ran the Midwest Catholic. 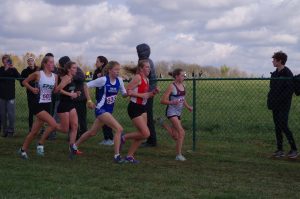 Coach Ford was so excited about how every one finished and added, “I was so proud of Seniors Annie Waters and Jessica Bontempo as they ran hard earned well deserved cheers as they ran to the finish line. They made us all proud.”
He also raved, “What an amazing, once in a lifetime day.  It was a great day to be a Cardinal Ritter Raider!”
Coach Ford said it best but still to add, Raiders, you made us all proud with how you handled yourselves before, during and after the race.  You have been pillars of the Raider community and you seniors will be missed!  Thank you for all of the memories!!
Go Raiders!!! 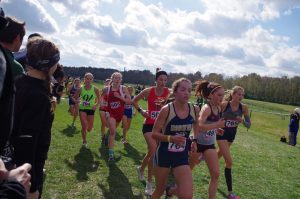 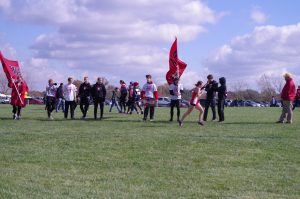 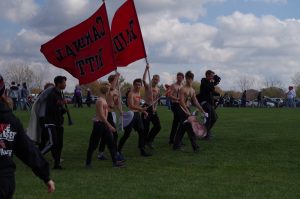 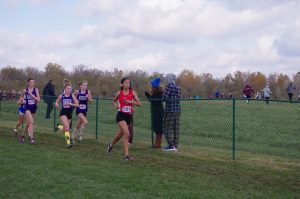 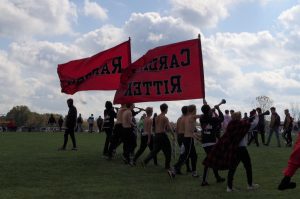 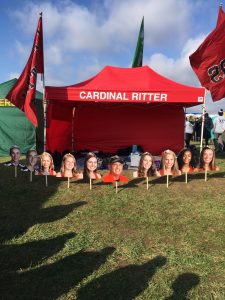 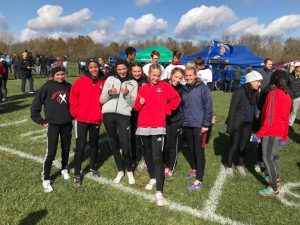 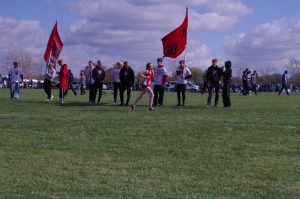 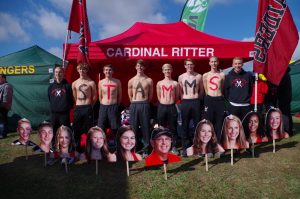 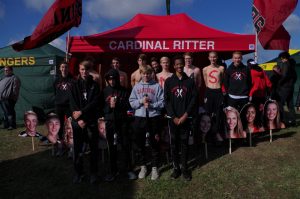 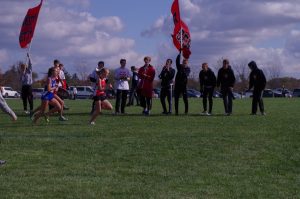