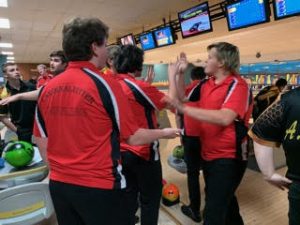 Our Cardinal Ritter Bowling team participated in their first of 2 position rounds on 11/19/2019. Both teams played Bishop Chatard, and both teams came up victorious! There are no individual scores to report as these position rounds are Baker games, which means our bowlers have to work together as a team to win each game.

Next, both of our Raider teams won their matches 6-4. We look forward to the remainder of the matches being as exciting as this match was. 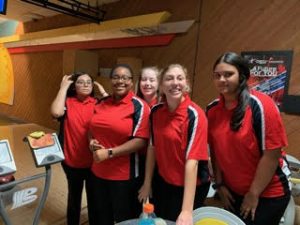 The Raider teams saw action again on Thursday, November 21 at Woodland Bowl. The girls faced Ben Davis, and the boys took on Avon. The girls had to overcome some open spots because of the Catholic Youth Conference, but with some hard fought bowling, Aliyah Smith and Natalie Kutcher managed to score 4 points with Adina Gros, but eventually came up short to lose the match 4-16.
The boys struggled as well against Avon. “Captain Calculus” Trae Rott managed to bowl over 200 both games to clinch his points, and Ethyn Fleischmann was able to claim both points, with an overall loss 4-16. 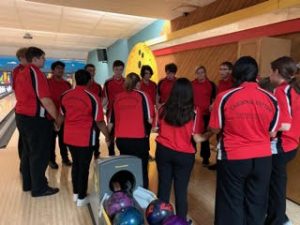 After that both teams competed on November 25th at Western Bowl, with the boys taking on Hamilton Southeastern and the girls facing Cathedral.

The boys struggled against a team of bowlers who clearly bowl together well. Austin Leiter and David Eisele scored our only points for the night. The boys lost 2-18.

The girls faced Cathedral. All of our girls worked well together, and won the match 16-4. 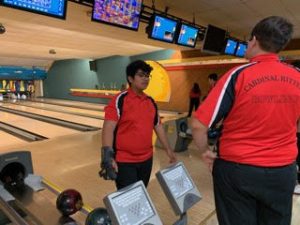 It’s great to be a Raider!!
Official Sponsor
Feb
18